Multiverse is a game being made during a world-shattering time for Chilean history.

…it still feels really weird to work during these days, but I guess it’s something I’ve been needing for a while… – Vicente Aguiló

I’ve been following Multiverse by Vicente Aguiló for quite awhile now. I even got the chance to play some early development stages first hand. It’s a game about multi dimensional travel by someone in the midst of a situation where I’m sure they wish they could dimension hop. Today, I thought I’d take the time to chat with Vicente and get his thoughts on his game and the situation in Chile.

it still feels really weird to work during these days, but I guess it’s something I’ve been needing for a while, tbh#MultiverseGame #pixelart #gamedev pic.twitter.com/vXLh0h0KBg

Why Did You Want To Make Multiverse?

It honestly started without much reasoning behind it. It was during a year of preparation to college that I had a lot of free time, and I was just getting introduced to indie games as a whole. I heard about new games being made in GameMaker, which I used sometimes when I was younger just to play a bit, and I thought it may be cool to start messing around with it. I didn’t have any plans on what to make, so I just followed some tutorials and slowly learned to code and such.

By that time I remember playing Pocket Mortys (that silly phone game about Rick & Morty), and although I didn’t have any sort of expectations for it, I couldn’t avoid getting a bit disappointed by the way they handled the whole multiverse theme. It was bland, and it didn’t have any impact mechanic or narrative wise, so I wanted to try making a game around that idea in a more meaningful way. It started as a really big mess of ideas that didn’t work together, but as time passed it became something I got more and more happy with, and then I got incredibly invested to it to the point I didn’t wanna do anything else. It was an amazing feeling, to be honest.

Have You Always Wanted To Make Games?

Kinda. I’ve always loved learning how to create any sort of stuff, and when I was younger I messed around with many tools like animation editors, 3D modeling software, game engines, etc. I never made anything big but I enjoyed a lot the learning process. Probably the one I used the most was RPG Maker, although never finishing any project.

I thought sometimes in my life to dedicate myself to game development, but at the time I didn’t know anything about the local industry and I just thought it was just an impossible or silly dream. It was when I started making Multiverse that I noticed how much I loved game development, and now I honestly can’t imagine myself doing anything else. 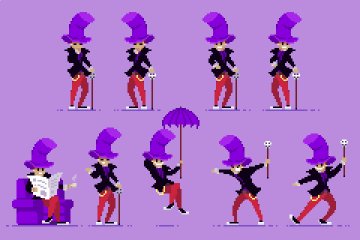 What’s Going On In Chile?

A lot, basically. The immediate cause was that around the beginning of October there was a rise on the subway fare in the capital, and although it wasn’t much, it was a ridiculous change taking into account how low are the living wages in the country. Some groups of students organized to start making massive evasions at the subway, and they got quickly and heavily repressed by the cops (which is an incredibly common thing here). The movement started gaining support from people of all ages, and it quickly scaled to a massive protest around the city (and later around the whole country) with some of the worst police repression we’ve seen in ages. We were quickly put in a curfew, and the government took military forces out to the streets to handle it.

Of course, this wasn’t all because of the subway fare. That was just the catalyst for and explosion of accumulated rage over years and years of abuse. Living wages aren’t high enough to live decently in a country where everything belongs to private companies, including pension systems, electricity and *water*. Common pensions don’t even get close to half of the minimum wage. The government have been years insisting on not hearing the claims of the people, but instead releasing incredibly brutal police violence towards them at every chance they have.

That’s just a quick recap though. There’s much, much more going on, and this won’t stop anytime soon as long as the government insists on looking aside of what’s really important to the country and its people.

Has The Situation Impacted Your Game At All?

A bit, sure, but not in any direct way. My workflow isn’t very regular considering I’m still in college, and after the first round of testing for the demo I gave myself some time to rest a bit. I wasn’t in a very good emotional situation at the time and I just didn’t have the energy to work, and it obviously just got worse after all this started.

Although the game’s situation is still the same and I still do some tasks from time to time, the development is basically on pause during this period, and it probably will keep like that for a while until I have the energy to get back to work again. I guess time will tell.

if you signed up to Multiverse’s demo, there may be a little surprise for you in your inbox 👀 pic.twitter.com/2WB8q8k6ss

Will MultiVerse Have Any Messages About The Situation?

Probably not. Although I’m an avid supporter of politics in games, Multiverse’s story and themes are a bit more on the personal side of things. It’s more focused on the relationship between its characters, and their experiences when exploring multiple versions of their realities. There won’t be many political themes in it, but I know that it’d be impossible to separate it completely from my political views. It’s a personal game after all, and my experiences will impact it in some way or another.

It may be fun to see in the future if there’s something in the game resembling this whole situation in some way I didn’t notice, though.

Is There Anyway People Can Help? Game, Chile Or Otherwise?

Vicente: I honestly don’t know if there’s any good direct way foreign people can help, but until now it has been very encouraging to see news from outside of the country actually talking about police violence, human rights violations and the claims of the Chilean people. Our news channels only show convenient videos and discussions around violence *towards* cops, material damage and annoyed citizens due to the subway not working. It’s infuriating, but seeing some pressure from outside of the country have helped a lot at least on a personal and emotional level.

Keep spreading information on what’s happening! Call out the abuses, the violence, and spread the word of our people to anywhere you can. Feeling we’re not alone in this is something we kinda need now, and it really helps <3

I don’t feel at all equipped to really say anymore than what Vicente managed to cover in this amazing interview, but I would like to say just one small thing. I think the idea that one can be in the midst of such an awful situation and still create speaks volumes about what it means to create in the first place. Emotions can be fueled by many things, but something like this must be incredibly difficult to deal with. I can’t even imagine. So I’m honored just to listen and get the word out about both Multiverse and the situation in Chile. We have to keep talking about stuff like this. Where games come from. How different people from different places make them and how where they live might affect it.

I hope everyone who took the time to read this continues to help Chile fight as best they can and checks out Multiverse while they’re at it. This was a heavy interview, but not everything can be without strife all the time.

A game to save the ocean