You are making mobile games and don’t know what monetization strategy to choose. Obviously, it is a very important thing for any game development team: you can make the most interesting and breathtaking game of all time but what’s the point if you don’t get any profit out of it.

According to recent reports, revenue in the Mobile Games segment in 2019 amounts to $53.6 million. The average revenue per user currently accounts for $30.02. Speaking about app stores separately, in 2018, Google Play Store recorded gross revenues of $21.5 billion and App Store got $33.2 billion from mobile games alone. At the same time, 38.3 billion mobile games were downloaded from both of these app stores, out of which 29.4 billion downloads were attributed to Google Play. 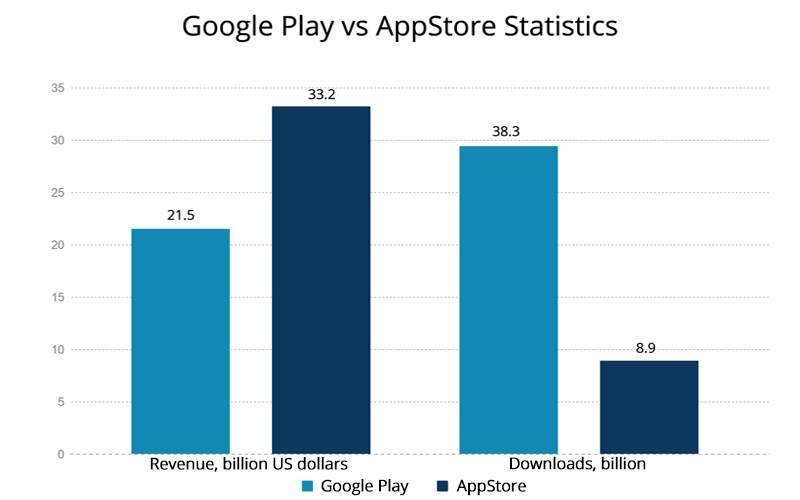 As you probably already know, all app store games can be divided into two big groups: paid and free. But this doesn’t mean that you only have two options – make players pay to download a game or make it completely free. In fact, the second one is a very rare case nowadays. Free games can contain a lot of features that can let them drive more revenue than paid ones! Sounds interesting? Let’s take a look at the most commonly used ways of getting profit from app store games.

Making your mobile game paid is the first way of monetization we’ll talk about in this article. At first, it might seem like the most popular and the easiest one, but if we take a deeper look, we can see that only 5% of all the Google Play apps are paid, while 2.8 million are free to download. Apple’s App Store has a similar situation with 191 thousand paid games and 1.6 million free titles.

Does this mean a paid game is doomed to fail from the outset? Well, of course, not. If we analyze the paid games market, we can see that there have been some really successful paid games in the last few years.

Remember Five Nights at Freddy’s? This $2.99 indie horror game spent 44 days on the top of the US paid charts on Apple’s App Store. Heads Up – a party mobile game which costs $1 – spent 225 days on top of the US App Store paid charts.

What do you need to do exactly if you decide to make a paid game? Just add a one-time payment for a download or a paid subscription. The subscription approach usually implies a monthly payment for using an app. If you choose it you can also add a free trial period to let players get acquainted with your game before paying for it. But in that case, you’ll need to make sure you get the player excited and determined to finish the game. While these are, in fact, free games, as you don’t need to pay for downloading them, in this article we consider them as paid as you don’t really get to use them until you pay. Also, you can make a paid version of your free game that won’t have any ads – this is quite common for game development companies. 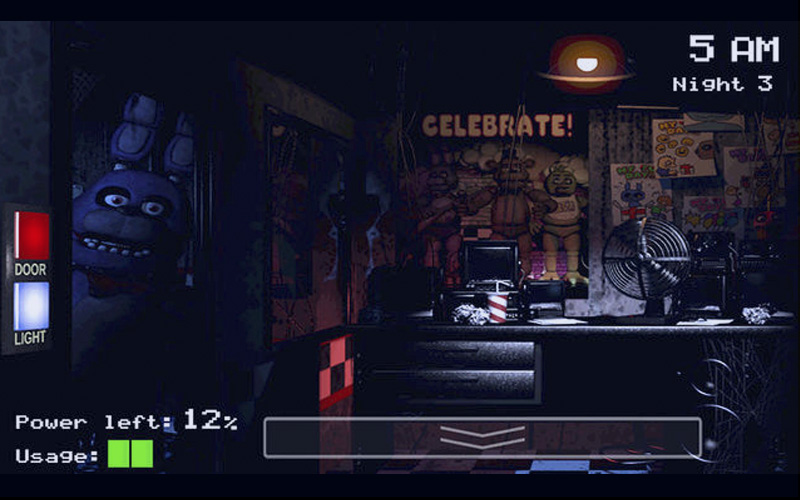 What will your approximate revenue be if you decide to make your game paid?

Let’s say you choose to distribute it for $1.99, which means you’ll get $1.39 from each purchase on AppStore and Google Play as they have a 30% fee on every paid app download. According to Statista, the most frequent number of downloads per Android app is 100-500. In that case, your revenue will amount to $139 – 695. If you are a little bit luckier (or have a well-thought marketing strategy), your app can be among the 7% that get 10 000 downloads and earn $14 thousand.

Speaking about free games, there are different options you get if you decide to choose this approach. You can make a mobile game totally free to download and play without adding any paid content or features, but we don’t touch on totally free games in this article as we are talking about monetization here. What you’ll most likely find on any store nowadays are free games with either in-app ads or purchases. So let’s analyze these monetization strategies.

Out of 100 free games on a store, 80 games earn money through advertising. This is the most popular option and the easiest one as well. According to Gartner Research, mobile advertising revenue amounts to $18 billion annually. You don’t need to implement any additional features which your customers will want or need to pay for. In fact, advertisers are much more likely to pay you than people who play your game. They are often just like you – game developers who want to promote their game and get as many downloads as possible – and they are willing to pay for it.

If you decide to choose in-app advertisement as your monetization strategy, it’s important for you to consider these things: ads shouldn’t be annoying and must appear at the appropriate time. Put yourself in your player’s shoes. Would you continue playing a game that throws ads in your face every minute? Would you have a good impression of a game if right after you fail a level you get an ad on your screen? Think about it carefully and try to choose the right time to display promotional content. 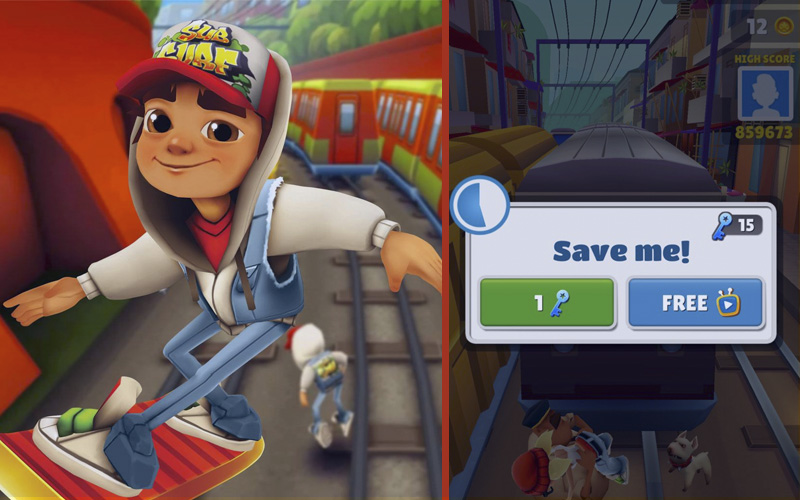 Letting players get coins or any other game currency for watching an ad is a good option. In that case, it is their own choice and they get certain benefits from it so they won’t get mad and delete your game. A great example is Subway Surfers – a game we all know. After you die in a game, it suggests you watch a video to continue playing without losing your progress. And it’s a great option for both the gamer and the developer!

This type of monetization is often called ‘freemium’ and it is the most user-friendly one – people will pay only if they want to access some additional features, while the game itself is free. These can be various in-game artifacts, character upgrades, extra lives, etc. – anything that suits your game. But the bad side is that not much players buy such things. In fact, if we look at in-app purchases stats, over 50% of revenue comes from less than 1% of users. And this makes the strategy hard to use. The best advice here is, once again, to put yourself in player’s shoes and add only paid in-game content that you would’ve personally wanted to have and would have paid for. Take a look at Crossy Road – a game where you cross a road as a chicken. What developers added was a number of different characters like national animals of various countries, people and even PewDiePie’s pug. The price is quite affordable – $0.99 per character. It’s no wonder that players are interested in unlocking the paid features. So when the game was launched and downloaded 50 million times in the first 90 days, it had $10m in revenue from those in-app purchases. 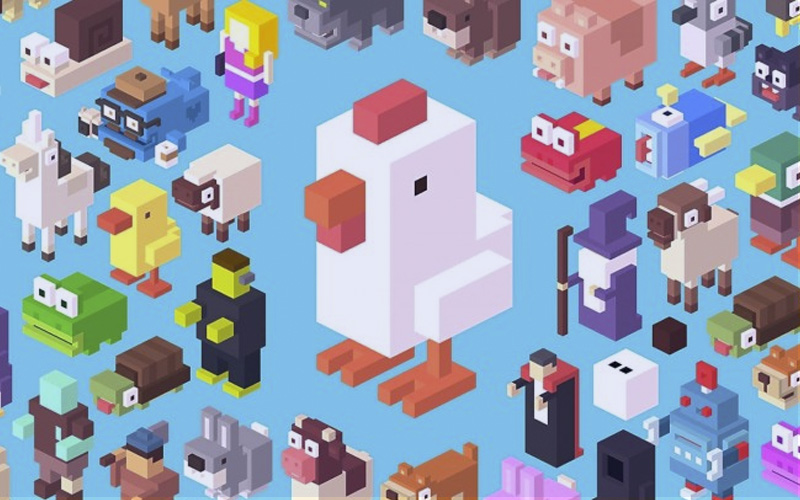 After analyzing the most popular monetization strategies, we can make some conclusions on what’s more profitable to create – paid or free games. Make your game paid if it is unique and has the features worth to be paid for. The best way to achieve this is to seek assistance from game development outsourcing companies. But in that case, don’t let it go with the flow and focus on your game’s marketing so that you actually get downloads. Choose the freemium monetization option if you’re an indie game developer and your game isn’t huge and somewhat famous, meaning you don’t have a big marketing strategy for it. In fact, 199 out of 200 top grossing mobile games are free.

Thus, consider all the facts, conclusions and pieces of advice outlined in this article and decide to yourself which strategy of monetization is the most suitable for your game. Feel free to contact us if you have any questions left. Good luck!

Katherine Misiuk is a Senior Content Manager at Knocknock Games - an independent game development company with 12 years of experience in game art, design, development, prototyping and publishing. She enjoys writing for people who want to know more about game dev world to help them to get the best out of their experience with it.