This is not another game review, but an attempt at analyzing the game Achtung! Cthulhu on its end result at translating a board game into a digital one.

As I was playing Achtung! Cthulhu, I couldn’t help but notice many features common to board games such as Tannhauser and digital ones like the old 1994 X-COM . I will talk a little about some interesting aspects that could serve as a basis for game designers wishing to delve into that kind of game design. Turn-based games are classic examples of successful use of board game elements. Let’s go over some important points about that as we explore the beauty of Achtung! Cthulhu. 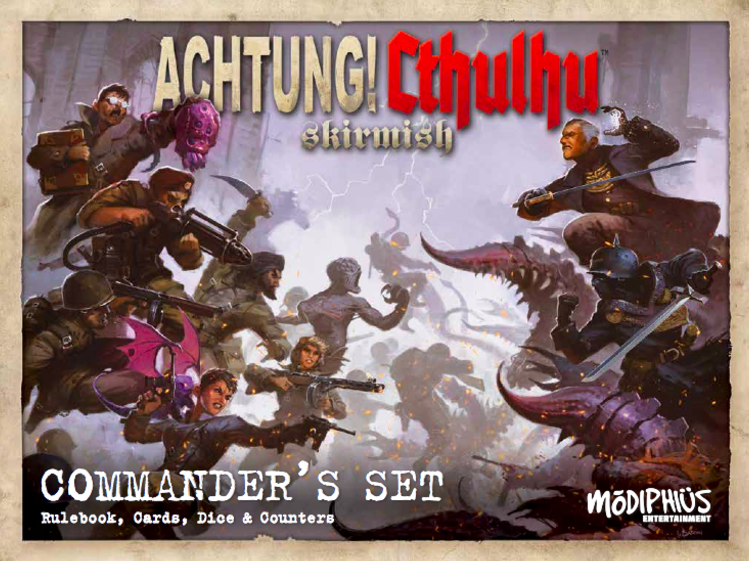 Merging World War 2 with Nazi legends of black magic and spicing that up with a touch of Cthulhu is a formula that always resonates with lovers of this type of mixed genre. Achtung! Cthulhu has the advantage of springing from a successful game of miniatures and an RPG with the same theme. The adaptation to the digital medium has been very well executed and holds much of the original game in it. It also comes with some well-known features of clash-of-armies games, with a few units on each side and quests in which the characters level up as in traditional RPGs.  About that, we can see the digital game starts by expanding the range of possibilities by adding campaigns with storyline-based missions and sub-quests that breathe more life into the game’s original concept. 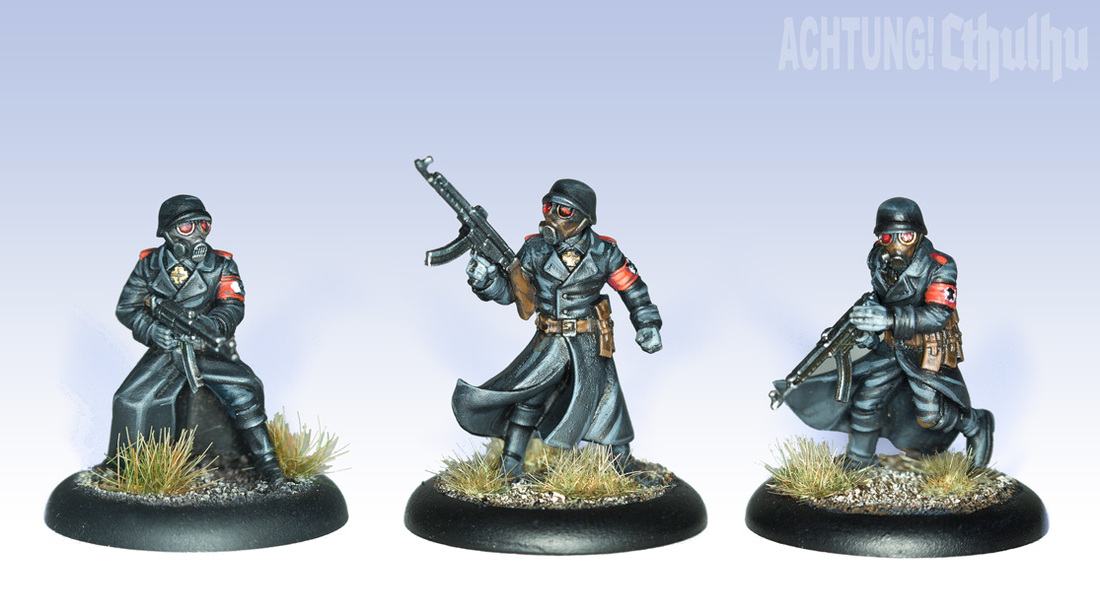 The cosmic horrors of HP Lovecraft, mixed with the Nazi regime at its core, create interesting villains with great potential and, of course, that’s always open to surprises and plot-twists. In this aspect, since the beginning, the game is successful at exploring these ideas and setting the right RPG-like atmosphere.

Because this is a tactical game, the execution of its mechanics is exquisite. The main takeaways are:

I like how all of that is very well balanced throughout the game in a system of points of action. For instance, the characters are able to perform lots of different tasks, but that doesn’t make them super soldiers. They’re still under pressure and might miss a target and or do something wrong if they’re not properly managed by the player.

As the game utilizes turn-based mechanics, it’s clear how the original mechanics of the miniature game along with RPG features have been nicely put together in an original setting. The transition from the board game to the digital environment can, in many cases leave something to be desired (for me the Games Workshop’s Dawn of War II is one of the most notable examples), but in the case of Achtung! Cthulhu, the game dynamics just improved. The many characters’ skills were made the best of and the visual and sound effects matched the whole ensemble perfectly. 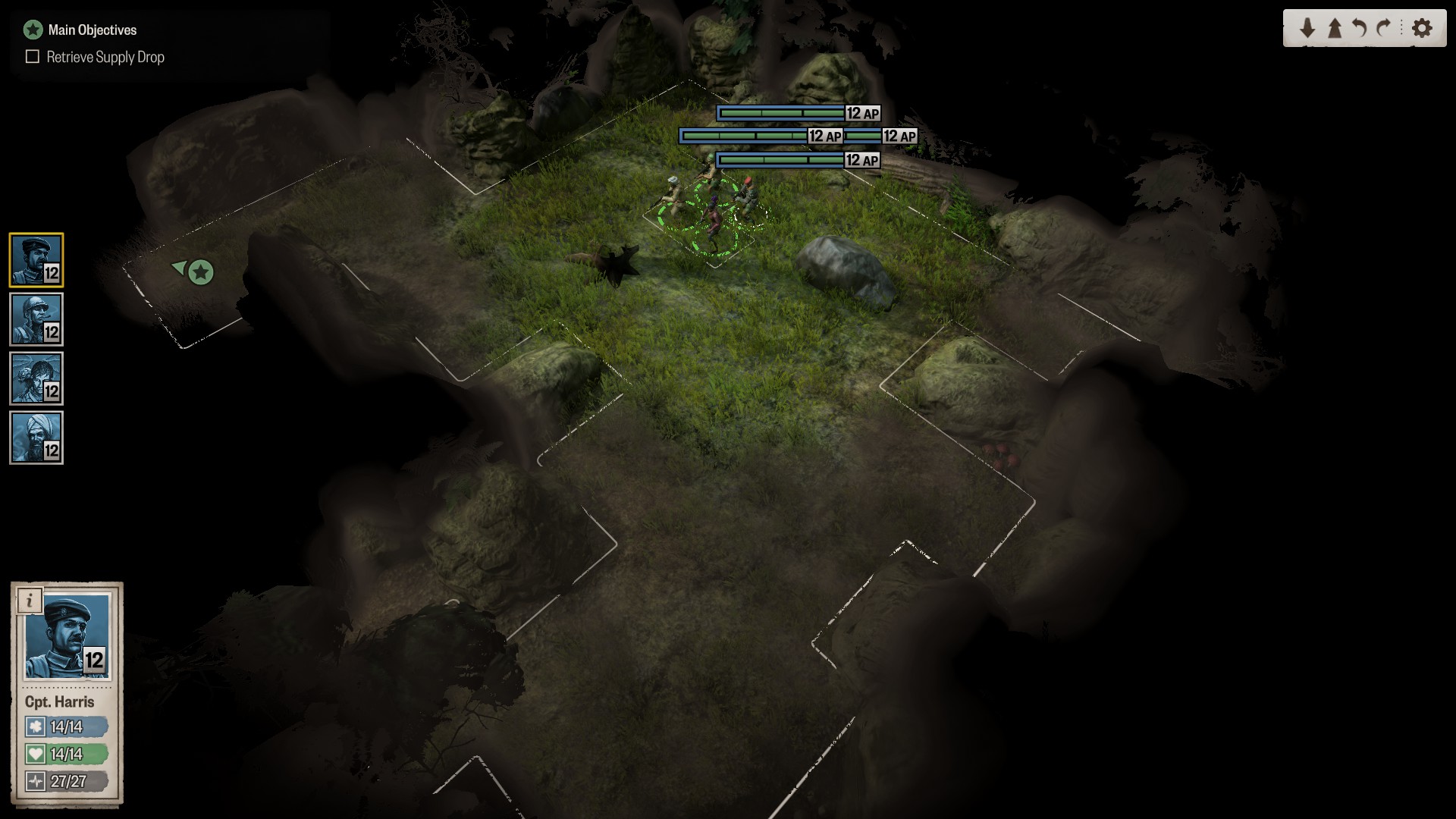 The job of translating an entire board game dataset table into a dynamic electronic game is always a challenge. The computer does all the necessary calculations, of course, the  designer must be very careful at putting everything together, as we have some important points to consider:

– Mathematical percentage of successful execution of a task.
– Use and adaptation of modifiers involving situations such as terrain visibility, skill bonus, a bonus given by a type of weapon, racial bonus (if any), magic, among other things. 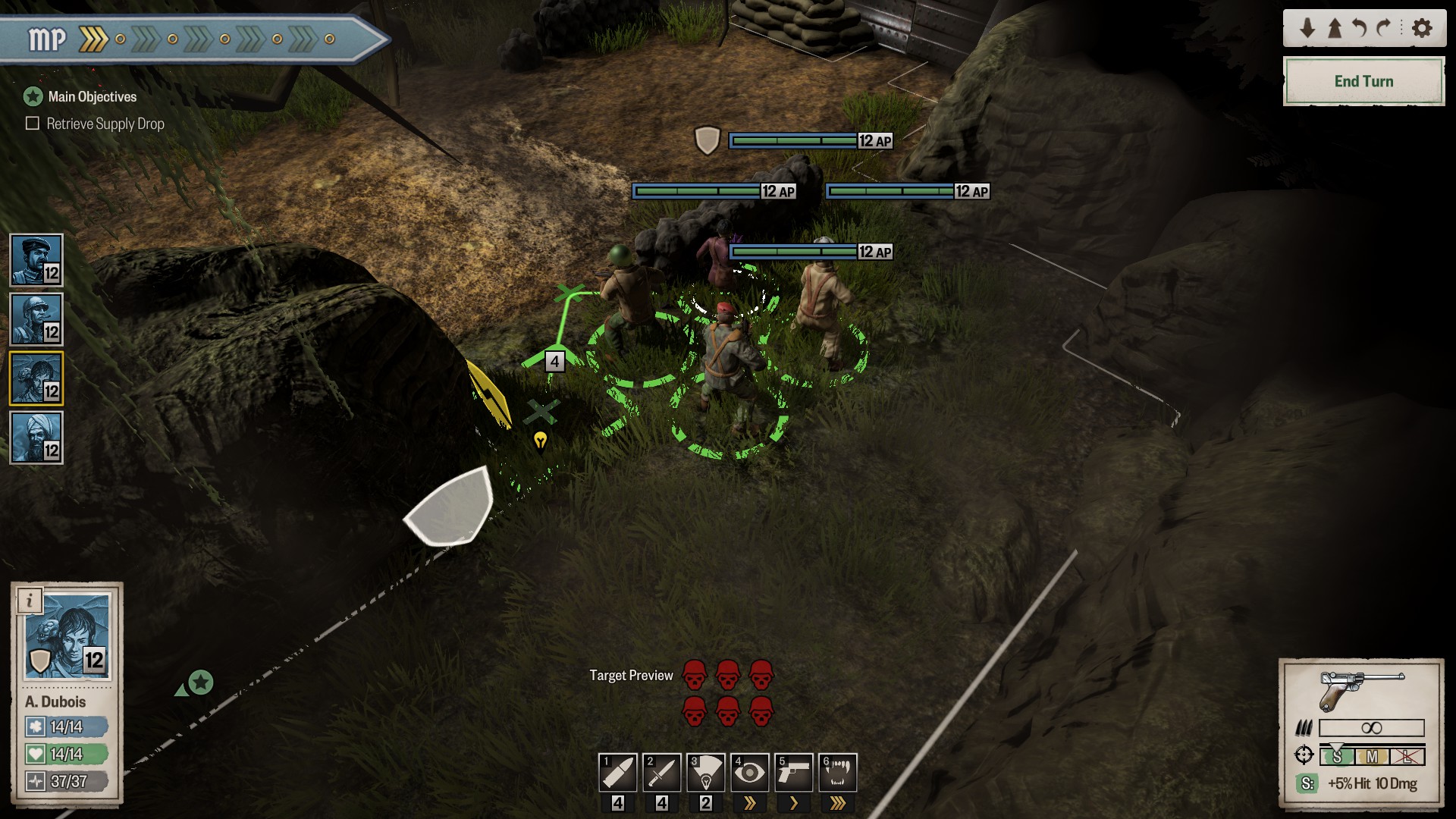 These computer calculations – done with a simple command once the game is translated into the digital format – have to be very well balanced, otherwise, the game, as it was conceptually designed, will lose much of its juice. In Achtung Cthulhu, this translation seems to be quite smooth.

This reminds me of the brilliant digital adaptation of the 1994 classic X-COM. It’s like playing a board game on your computer. I had the same feeling while playing Achtung! Cthulhu. I almost fell like reaching my hand out into the screen to grab it.

However, what strikes me as the most innovative aspect of Achtung! Cthulhu is its so-called Momentum feature, when you perform some tasks beyond your action points. Let’s consider that it as if it were a special action the characters can perform in ways that are still beyond their normal abilities. This was very well implemented and made the game outstanding in so many ways. That’s a feature that games like the original X-COM don’t have.

This is a critical aspect for any digital game: replayability. If we treat that as a common game design problem, the most commonly used solution in games like Achtung! Cthulu is adding a good scenario/campaign editor, which is like giving a longlasting experience to the gamer community. By the way,  modding capabilities would be very welcome for this game.

For some players, the missions can be repetitive at times. Since it has a closed campaign (about 10 hours of play), it is not enough for you to explore the game’s full potential.  This is a huge waste for a game that could be much better explored by allowing players to create new challenges and missions.

I must confess that was a bit of a disappointment. Designers usually overlook that. I can’t help but just lay my sorry eyes on the screen and wonder what I could do with the thousands of ideas that come to my mind as I play this great game.

As a modding defender, I should also point out how AI could be greatly improved by the gamers community if modding were allowed. When I tried playing it with an easy AI setting, its difficulty level bordered complete boredom. Like every other good wargame, the player on the other side of the table makes all the difference if you are looking for a fulfilling, challenging experience. You might argue that human opponents are always better than the AI, but that doesn’t need to be like that. Achtung! Cthulhu suffers from this same problem.

From the point of view of a game designer, Achtung! Cthulhu brings together a set of excellent practices and features that should be copied by every game designer of this kind of game. As a turn-based combat game, it has everything we expect from this genre. It’s a mechanics implementation class that we should all learn from.

From the point of view of the player, Achtung! Cthulhu is a good game but it leaves you wishing for more.  This is to say there is much more that could be explored. I felt kind of disappointed for not being able to create my own game scenarios. Other than that, I beg the developers to please, bring a multiplayer mode and make this game even more awesome.

Ah, you can Achtung Cthulhu here.

If you enjoy shop tycoon games, get ready for Potion Punch