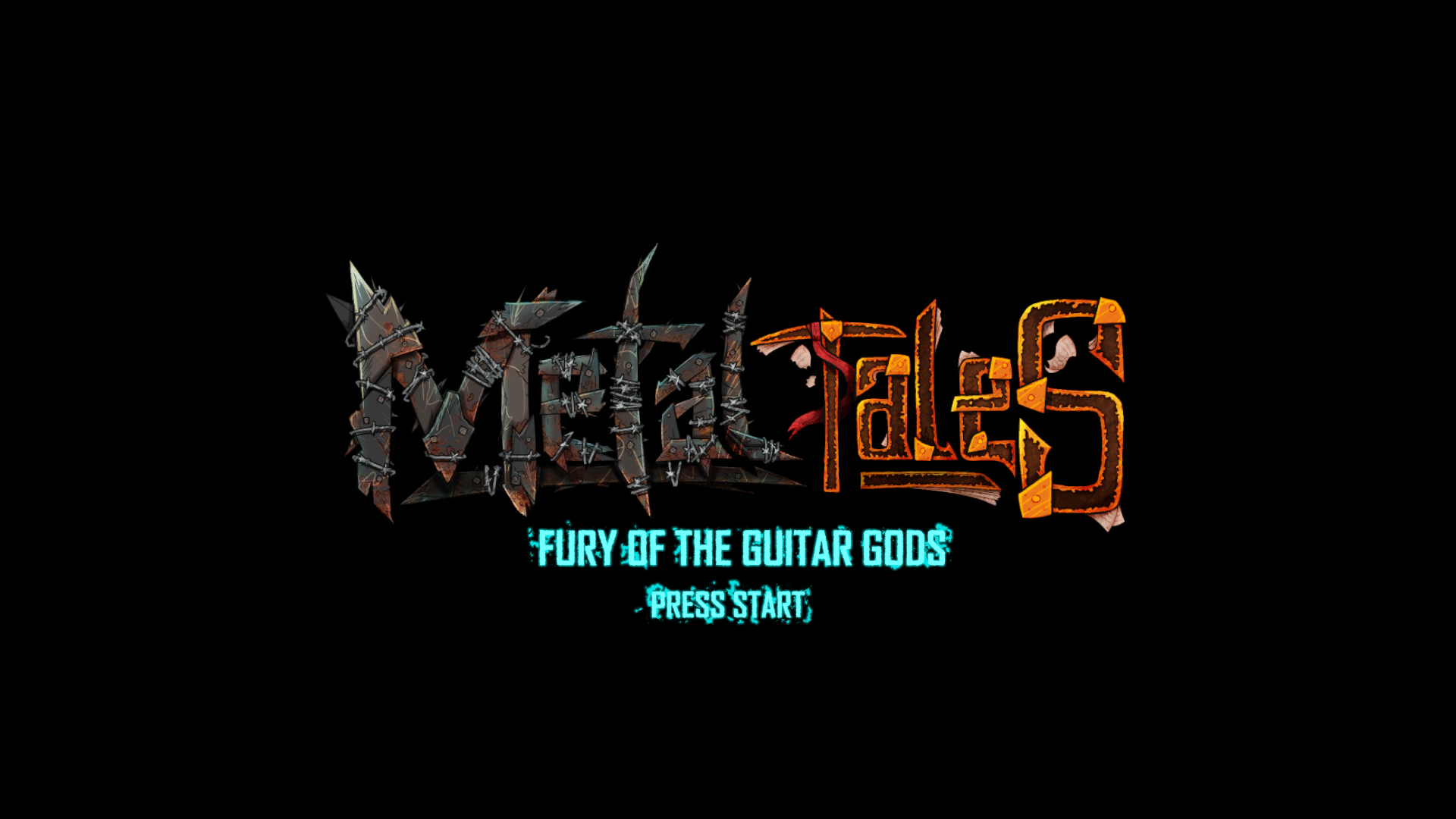 I have had the opportunity to play several shooters with the most varied themes possible. Each one had an interesting particularity, but I confess that I had never had so much fun with a game that could combine rock and roll with shooting and lots of fun. I was recently introduced to Metal Tales Fury of the Guitar Gods and went on to play it to see what the game is about. To my surprise, I found a very well finished game with a very high replayability, with boss fights that blew me away with their diverse mechanics. Coming from the Spanish studio Nuberu Games, the game has a system of procedural generation of rooms, awesome boss fights, and a great rock and roll soundtrack to keep you rocking along during your entire adventure.

In this game, you are a rocker who needs to fight against a strange evil force that is causing people to be influenced by something terrible (no spoilers please), and your guitar is made into a weapon that shoots to the sound of pure rock and roll. You will face various challenges in rooms with powerful enemies and various traps. So far, nothing much, yet Guitar Gods has a high replayability due to the procedural way of generating their rooms.

The game can be played in story mode (which is VERY COOOOLLL) and cooperative mode, plus some cool extras. 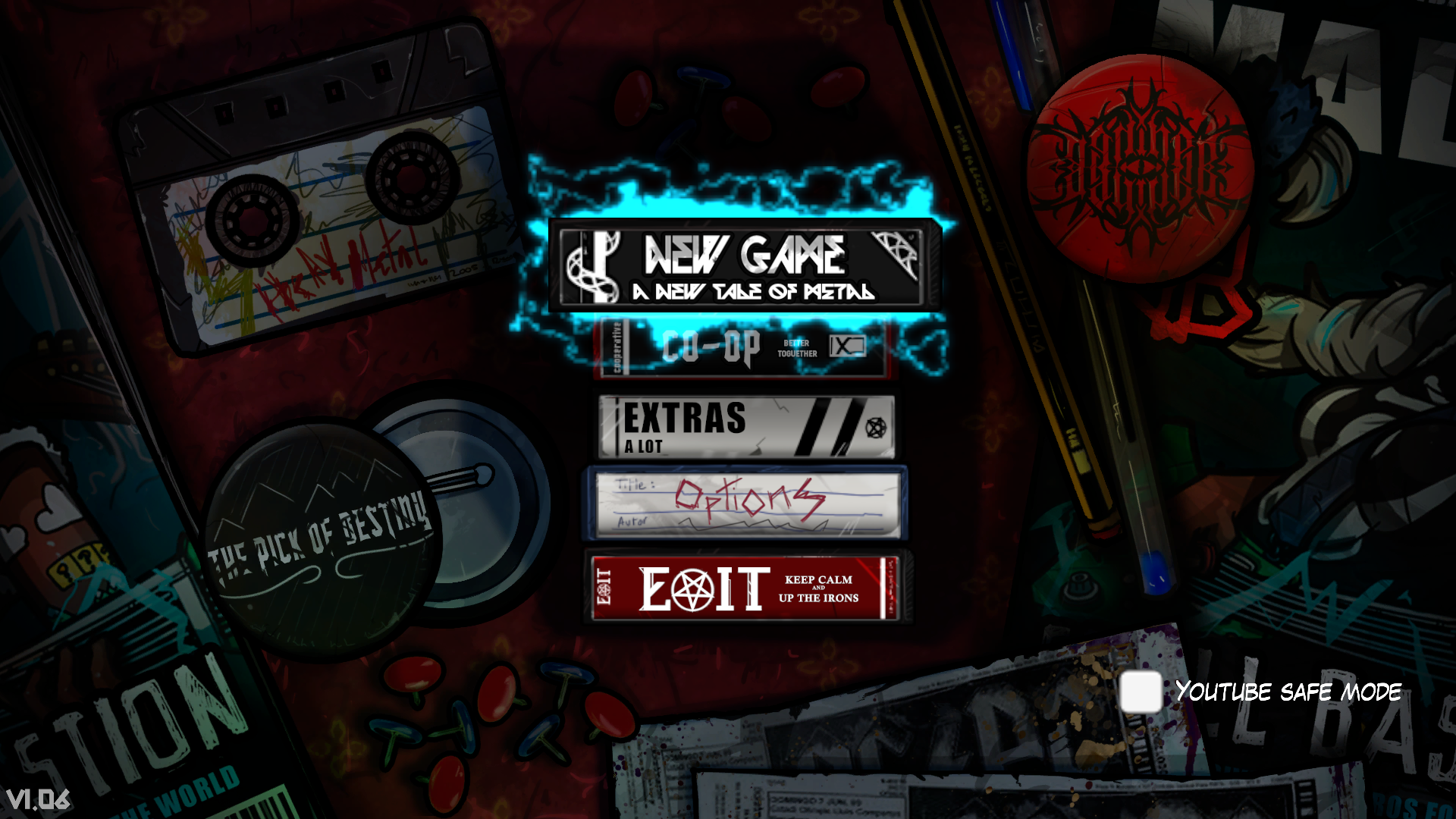 The selection of characters varies according to some important stats, and there are still other characters to be unlocked during the game. I played with Axel to feel whether the game would grab my attention. 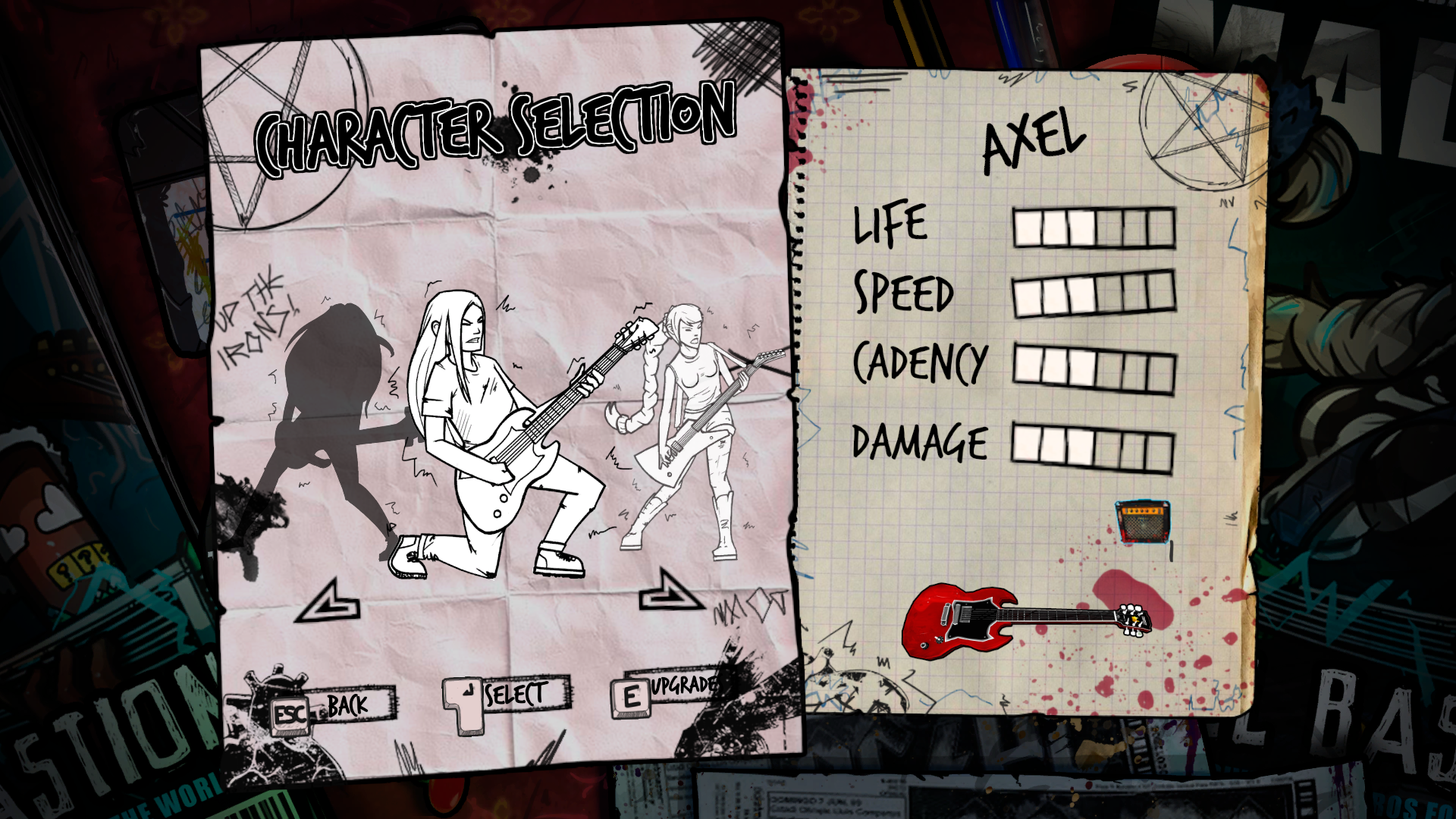 After you make your character choice, the game story is presented in the form of comics (I really enjoy cutscenes like that) that already put you inside what is happening. The story mixes some aspects very common to rock and roll, but without dissolving the main premise. 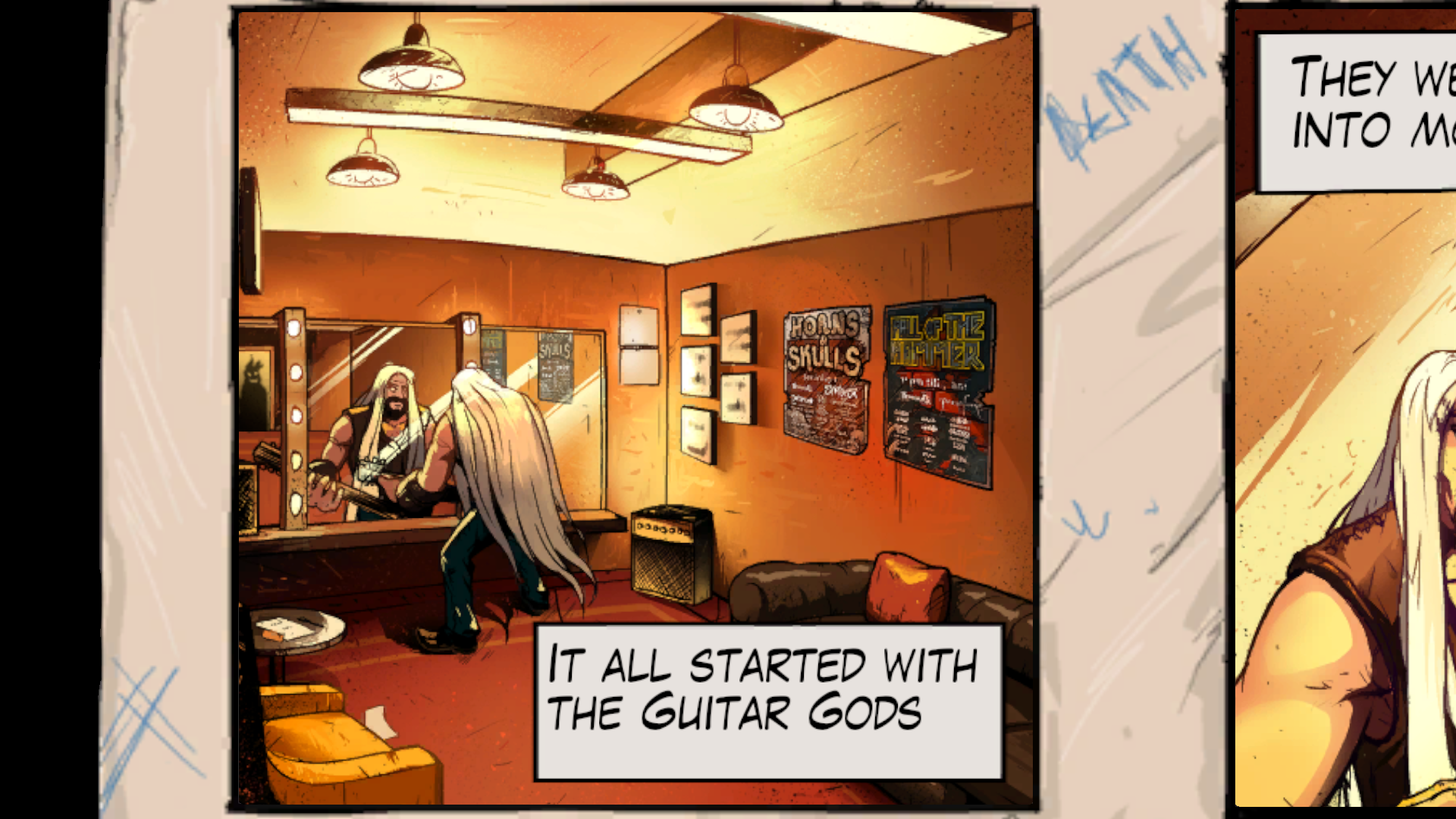 I played with a keyboard and a mouse and found it very easy to move the character across the screen and attack the enemies. The controls are very simple and in a matter of minutes, you have already mastered the character without any problems. The game rooms, are procedural, that is, the game rooms never starts the same as before. This guarantees a very high replayability and allows the player to get used to the initial facets of the game.

Balancing is also a highlight as the difficulty evolves as you go through the level. I found the stages in the evolution of the game well balanced, and the enemies are very challenging as we play. 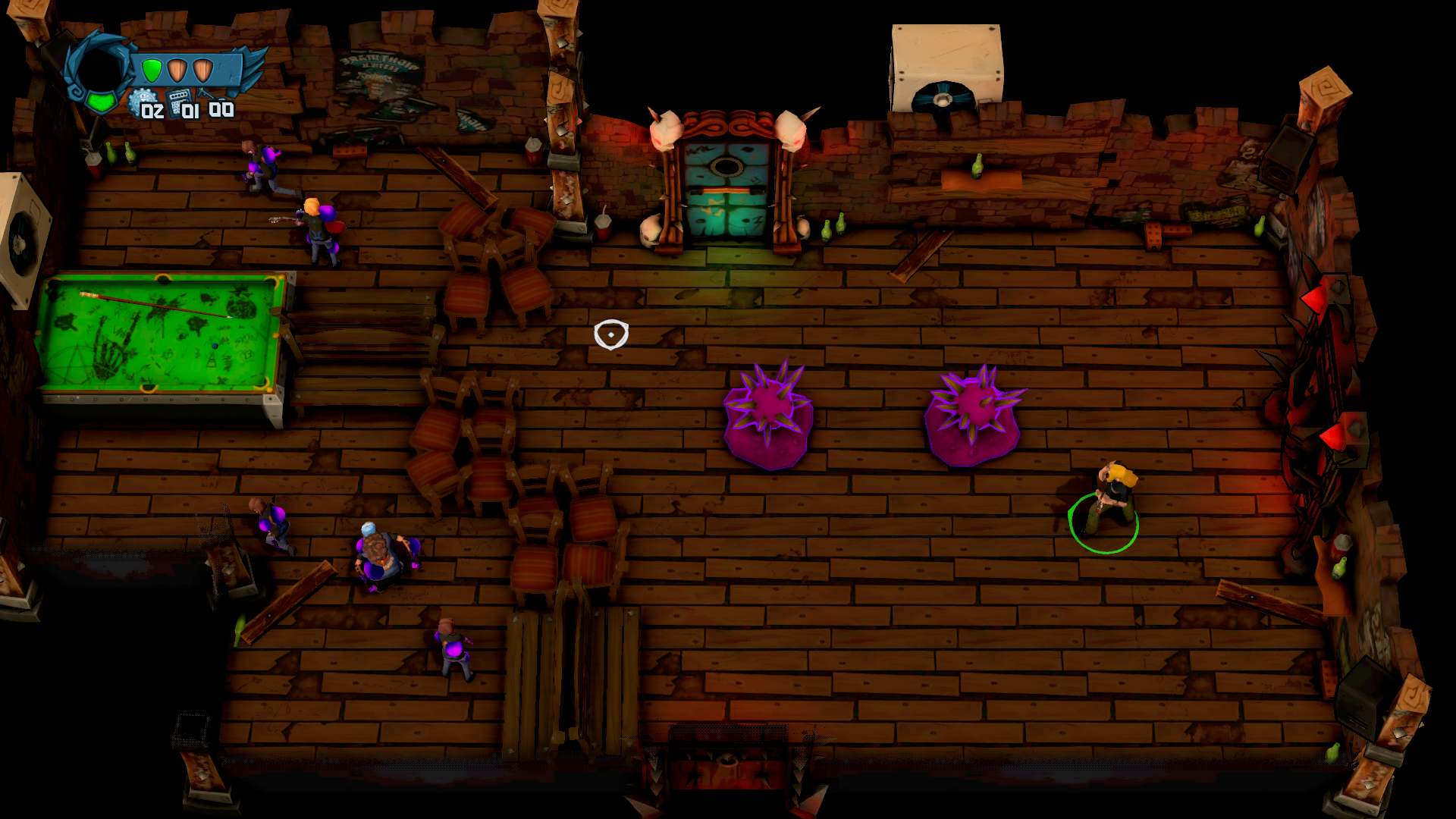 In addition to evolving, the phases allow you to collect items so you can use to upgrade your stats and equipment. You can buy these improvements (in the earlier stages they make a difference), as well as special items. 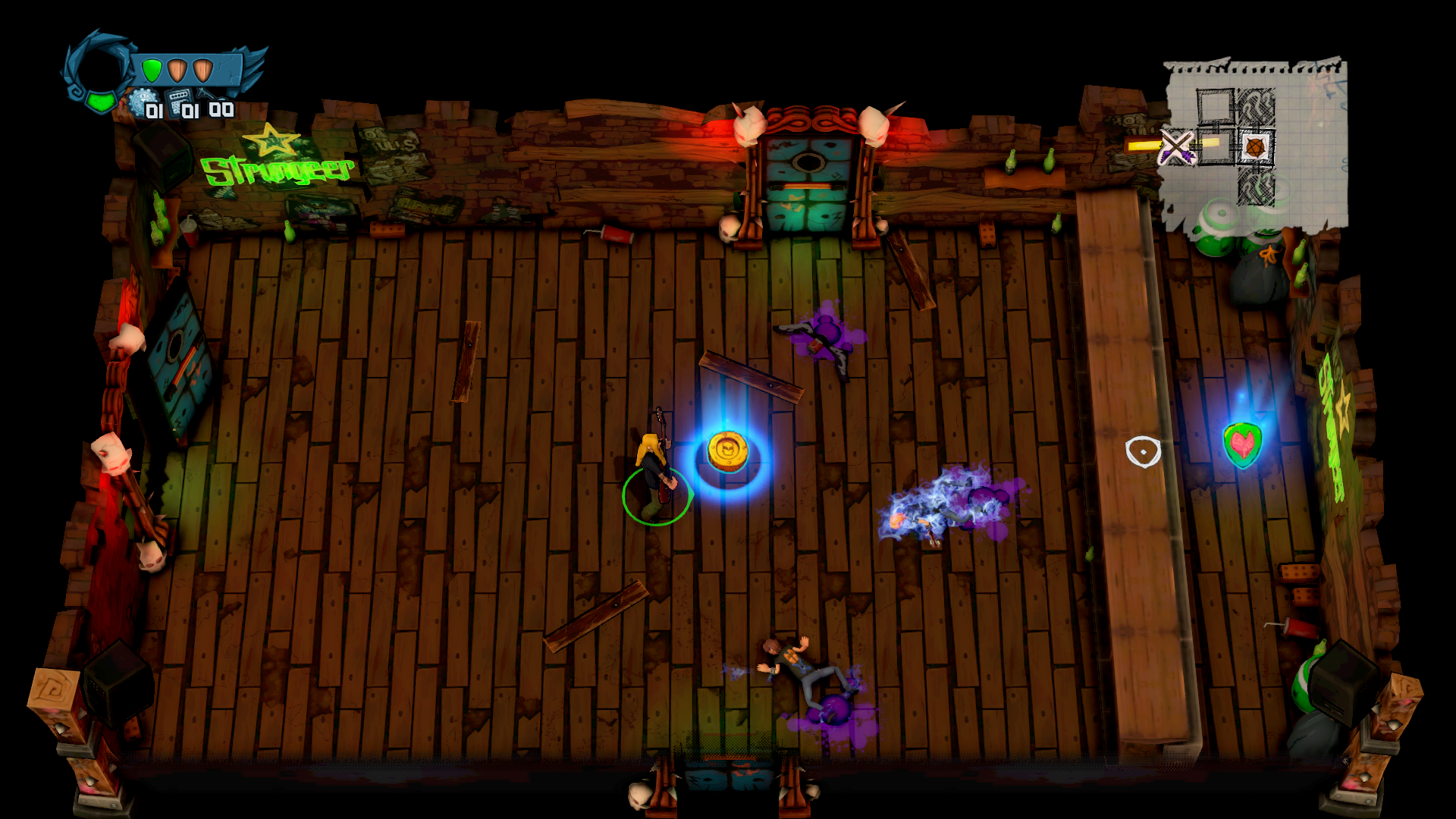 The bosses are awesome. It’s been a long time since I haven’t seen a game so challenging, in a good way, with really nice mechanics with regard to bosses. All the bosses I’ve faced up to now (I’m still playing Guitar Gods) are very well done. One of the first and very iconic was the Viking, which has very cool mechanics and very well maintained. I think Nuberu’s team did such an amazing job on the state machines of each one of the bosses. 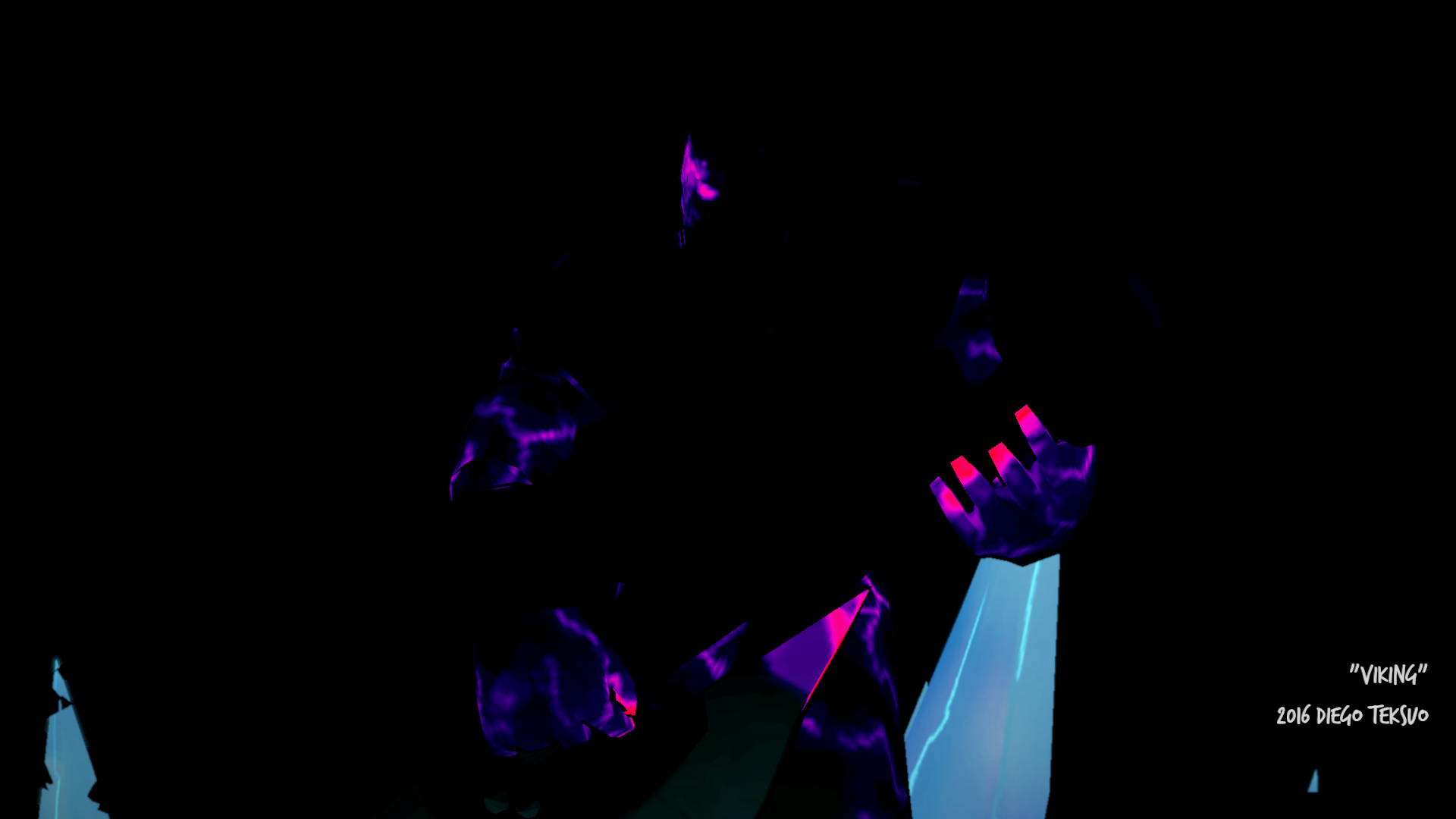 At the end of a boss fight, you gain a follower who can be summoned to help you in future stages, as well as make you move on to the next phase of the game. 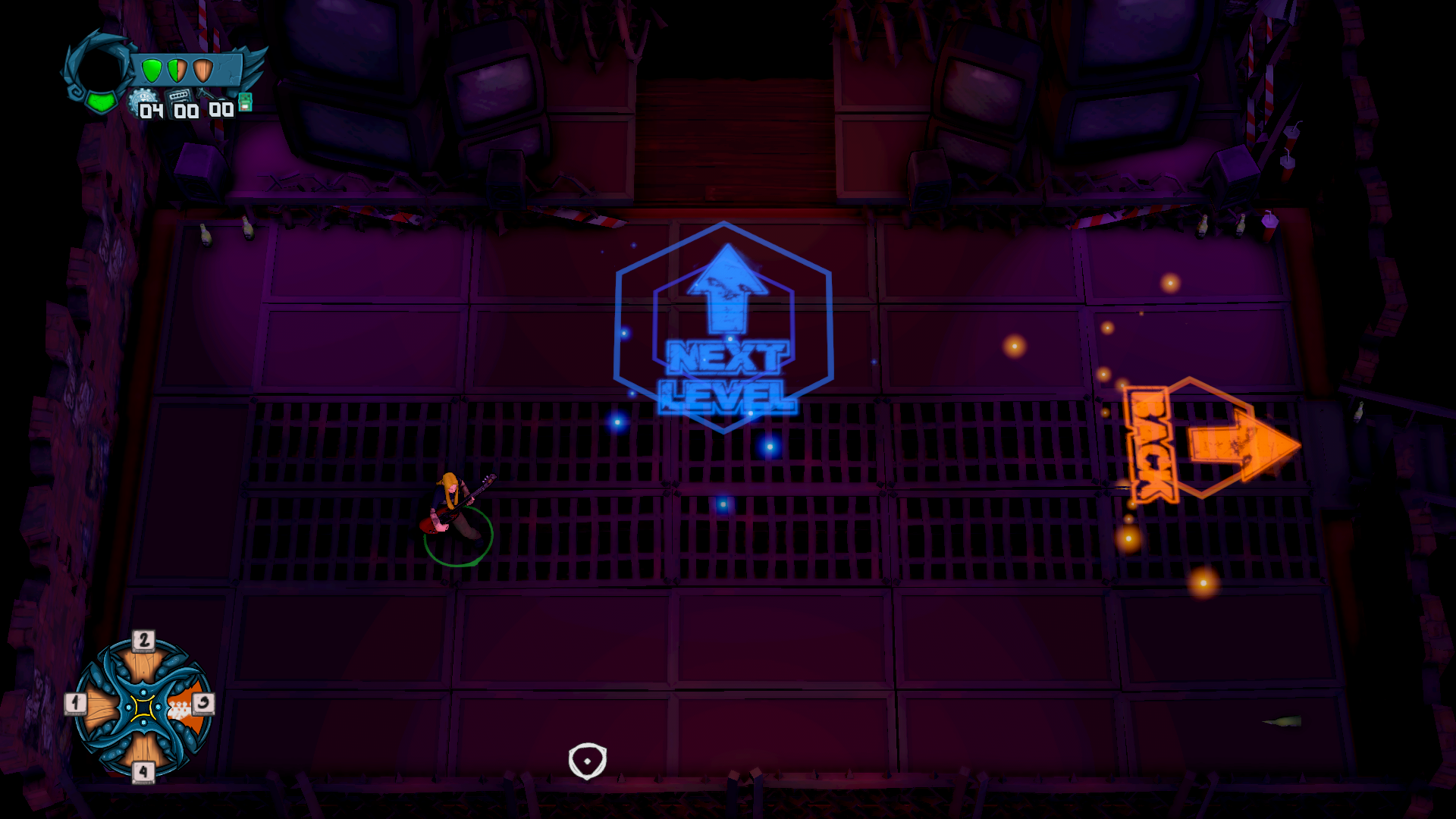 There are challenging rooms in the stages that allow you to unlock the “screams” that are a kind of power-up that help you in the game. These rooms can be accessed and function as a kind of “gauntlet”, where various mobs arise and you need to kill them at a certain time. The screams help you a lot during the game and whenever you encounter a challenge of this type, just go ahead and do it! 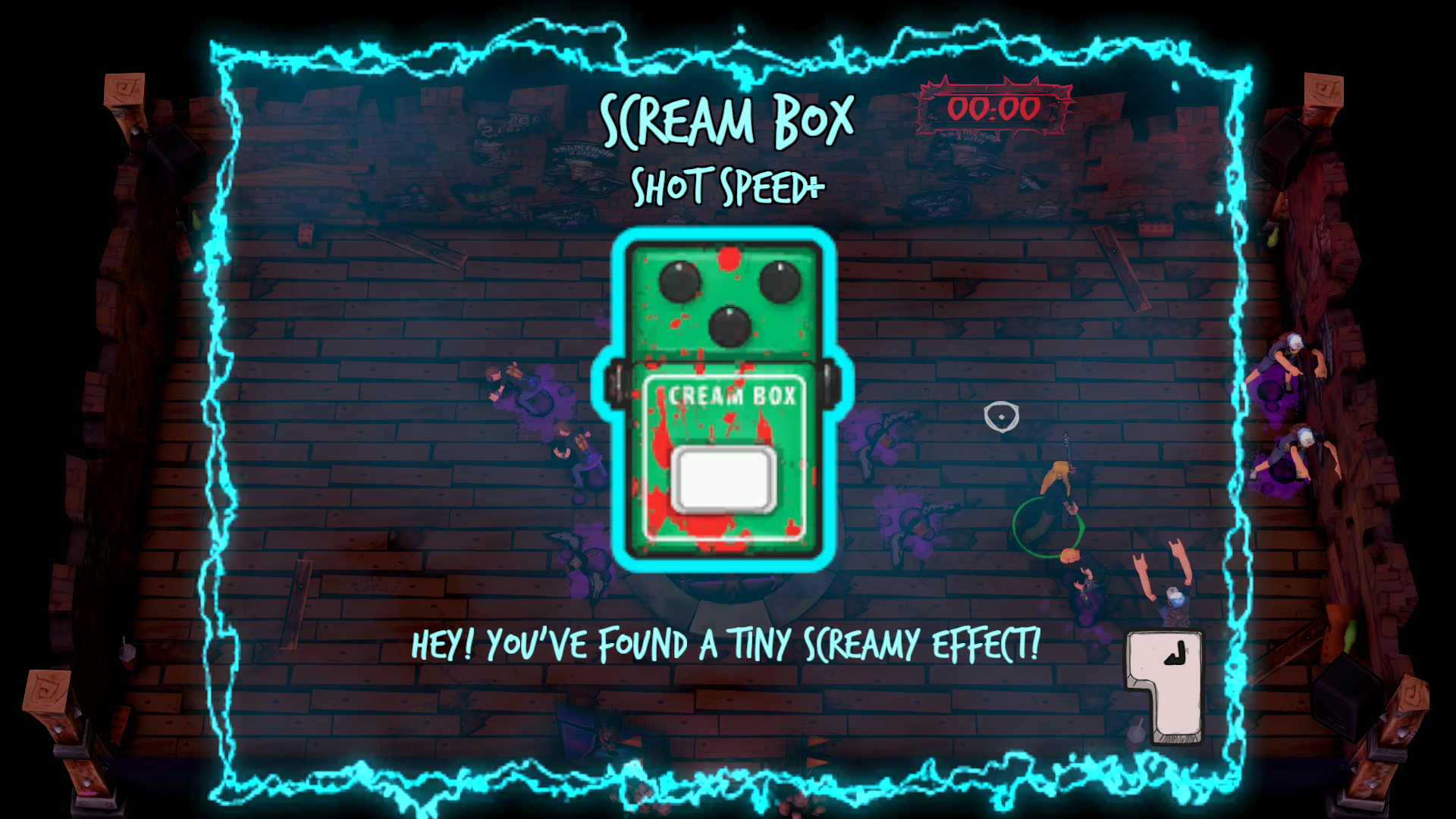 Guitar Gods is a very clean and well-finished game. One of the most noteworthy features, in my opinion, is the game soundtrack/sounds. With several rock bands (STRIKER, DESPITE, PERSEFONE, BREACH OF SILENCE, and others), the soundtrack consists of a tribute to good old rock and roll music. Combined with the gameplay, all of that brings up an unforgettable and outstanding game atmosphere!

Ah, I did not comment on the main game modes (Metal Den, Metal Festival and Hell), because I initially focused on the Metal Den, which I’m finishing. Soon, I’ll be exploring these other possibilities as well.

The graphics are cool. They serve the theme perfectly and fit the whole atmosphere of the game really well.

I played the game on an I7 desktop with 16 gigabytes of RAM and a Gforce GTX-950 video card, running smoothly with an excellent response. I recommend using headphones (essential!), or at least a good sound system so you can take full advantage of the rock and roll atmosphere (LOUD PLEASE!!!).

Guitar Gods will provide you with many hours of fun with good rock ‘n’ roll music. I had and I’m still having lots of fun. It is a quite unusual shooter, but with all the good elements of that genre in it. I highly recommend it to every gamer rock lover out there!

Guitar Gods is a very clean and well-finished game. Combined with the gameplay, its soundtrack brings up an unforgettable and outstanding game atmosphere! You'll have many hours of fun with good rock 'n' roll music!

Mobile games weren't my thing until I saw Pheugo