I recently published a review on the game The Padre and commented on the voice acting of the Father that I found amazing. To my surprise, I was contacted by Patrick Hickey Jr., the talented actor who played the main character in the story. I asked him if he could give me an interview so we could learn a little more about him and his experience in the development of The Padre.

IW: Thanks for giving us this interview. Initially, please talk a little about yourself and your work.

Patrick: I’ve been a video game journalist for over a decade, working for outlets the likes of NBC, Old School Gamer Magazine, Examiner and my site, ReviewFix.com. I am also a Lecturer of English and the Assistant Director of the Journalism Program at Kingsborough Community College in Brooklyn, New York. My first book, “The Minds Behind the Games: Interviews With Cult and Classic Video Game Developers,” is set for release later this year from leading academic and non-fiction publisher McFarland and Company. To make a long story short, I’ve dedicated a huge part of my life to the video game industry, with a focus on sharing the narratives behind retro and independent video games. 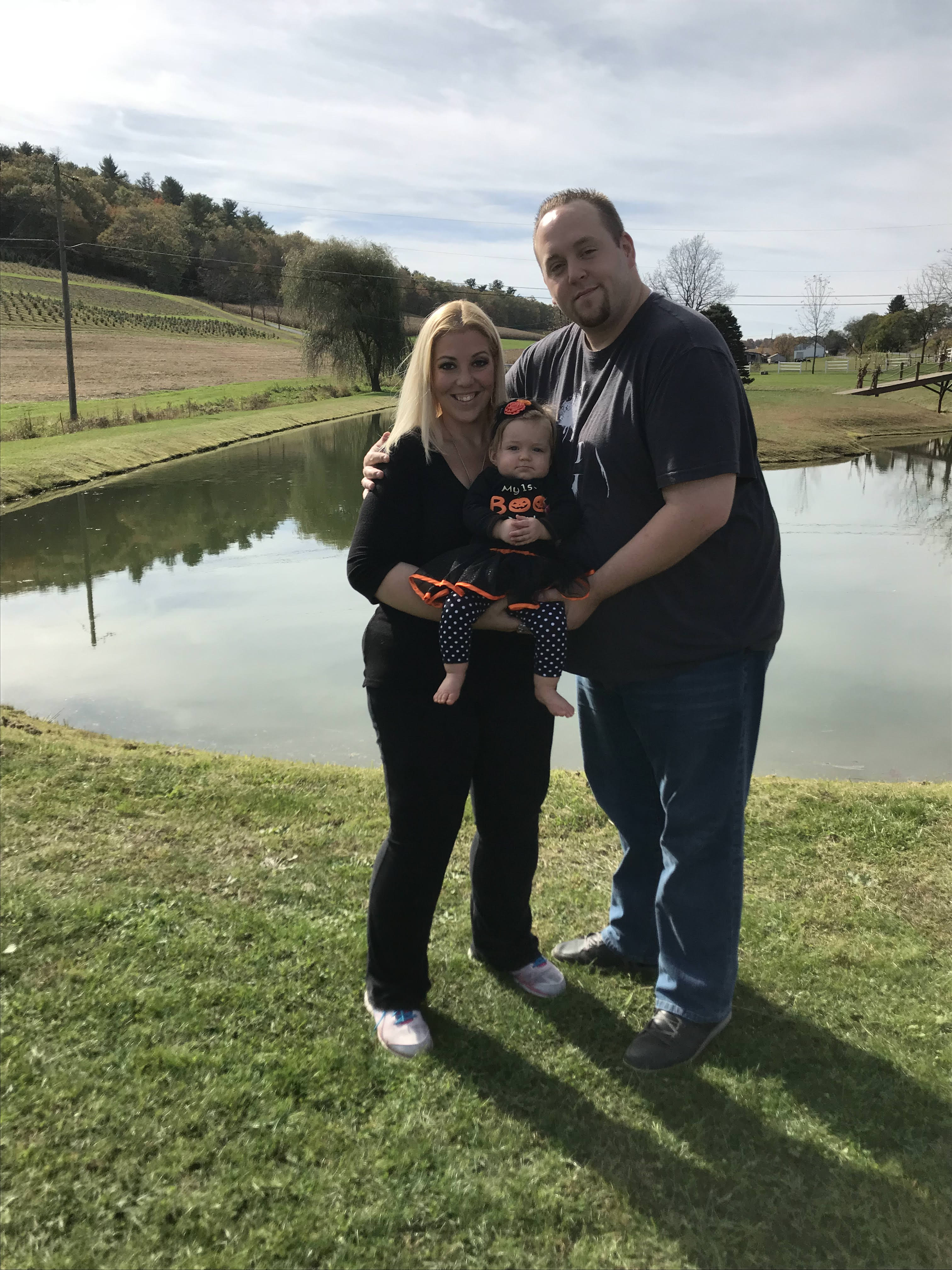 IW: How did the opportunity to work at The Padre come about?

Patrick: I found the game on Twitter in August and immediately fell in love with the Voxel art style. I emailed the devs and asked for an interview for Review Fix. After the interview, they invited me to play the game. Once I started playing, I realized the gameplay was great, but the dialogue and narrative needed to be polished by someone who had expertise in the English language. I reached out and offered my services. All of a sudden, I’m a Story Editor and helping refine and edit Kickstarter pages, press releases, basically everything coming out of the brand. I’ve also helped with trailers and promo art.

It was here that Bence Zilhaly, one of the main creative forces behind the game, and I, became good friends on Facebook. We spoke and still do, all the time. He’s an amazingly creative person. And super passionate. He then informed me that our voice actor left. I always did voices, from Jigglypuff on Pokémon to Don Lafontaine’s deep movie trailer voice, so I put my name out there and told them I wanted to audition. I grabbed my Zoom recorder and went into my man cave and recorded the lines. The rest, they say, is history.

IW: Was this your first experience in a game?

Patrick: This in-depth, yes, but I have served (and still do) as a Tester on Dave Wishnowski’s Pro Wrestling X game and helped design a few moves in the game.

IW: How did it feel for you playing the main character in the game? What was the biggest challenge?

Patrick: It’s amazing. I really tried and still do try to bring the character to life every time I read. I see him as a real part of me. A badass that will do whatever it takes to defend the powers of good. He’s strong, but he’s not perfect. So whenever I read lines, I try to portray that.

The biggest challenge is finding time to record lines. Usually, it’s whenever my wife and my 11-month-old daughter are sleeping. I know how hard these guys at Shotgun With Glitters work and my goal is to turn around my performances as professionally and quickly as possible. Being a family man and having a full-time job and a site to run make it hard. At the same time, this is a dream for me.

IW: Do you give any suggestions for the game´s development?

Patrick: All the time. I’ve helped shape several parts of the game, small things, but I see them every time I play. Bence and Balaz are geniuses and have a love of pop culture and old school games and there’s a synergy between the two of them that makes this game special. I think my honesty and geekiness adds to that formula in its own way.

IW: What did you like the most about working in The Padre game?

Patrick: We’re still working. Every day the team works and talks about what’s next. That’s my favorite part. Bence and Balaz are new friends, but people I’d to work with more in the future. Seeing this game grow into what it is now has been a blast.

Patrick: I’ve had the fortune of interviewing several great voice actors during my journalism career. As a matter of fact, I interviewed the voice of NBA Jam and Mutant Football League, Tim Kitzrow , today. I see the way they handle themselves. Always on. Always bubbly. Always fun. I’ve made sure to take extra care of my voice the past few months by cutting down on my coffee intake and drinking more water. As far as anything else, I try and stay on top of Bence’s plot updates on our Google Doc so I can get as into it as I can.

IW:  For people who want to work in voice acting, do you have any tips?

Patrick: I’m probably not the best person to ask, but I’d say if you have an opportunity to get involved, don’t be scared. Just jump in and do your best. It’s what’s gotten me here. 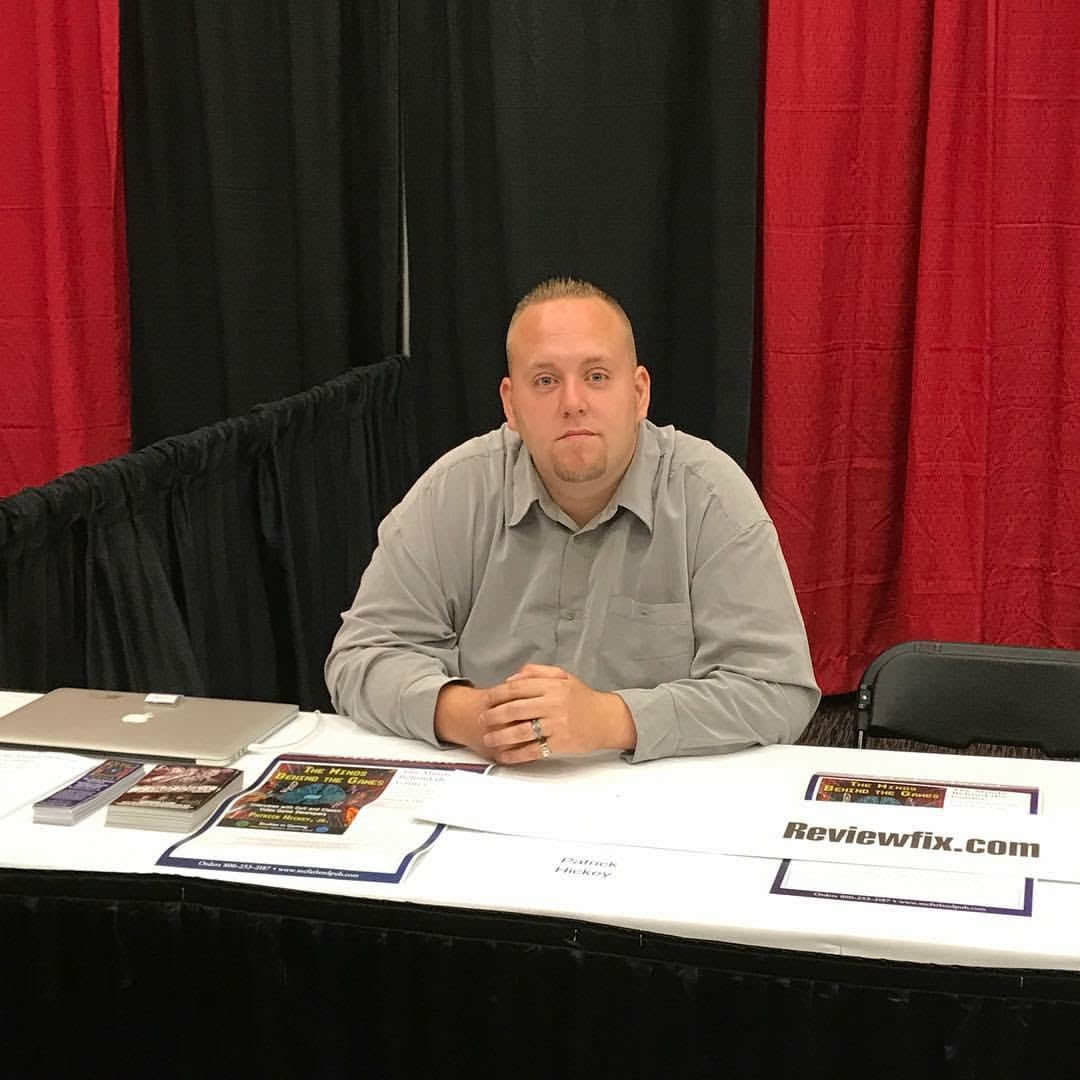 Patrick: I’m eager for the game and my book to be released. 2018 is going to be a special year. I’m also hungry for more roles and to continue to speak to as many indie and cult and classic video game developers as I can. I’d definitely want to write a sequel to my book and stay in the industry. I hope this is just the beginning.

Featuring interviews with the creators of 36 popular video games–including Deus Ex, Night Trap, Mortal Kombat, Wasteland and NBA Jam–this book gives a behind-the-scenes look at the creation of some of the most influential and iconic (and sometimes forgotten) games of all time. Recounting endless hours of painstaking development, the challenges of working with mega publishers and the uncertainties of public reception, the interviewees reveal the creative processes that produced some of gaming’s classic titles. Buy here

Jobless and alone but with a great imagination: fighting my way to publishing Bike Dash