I’d like to share a peek of the workflow we used while making our character LIO, as well as go over a few tips on making 3D characters that we learned along the way.

First, we wanted our hero to be expressive and friendly, appear as an unlikely hero and still look utilitarian, quite a challenge. So we had a friend of ours who is an engineer give us some tips on the function and design of the character. He also had some great ideas for how he should look, which was helpful!

TIP: When designing anything mechanical, use real world references for inspiration whenever possible, you want it to behave realistically

We already had a good portion of the world figured out, but it was difficult for us to settle on an exact design for him. Making a character organic to the world he’s in can be as challenging as it is important.

He’s been evolving for about a month now. With lots of iteration, small changes here, reshaping there. And with each change we’re getting more excited about seeing the finished product! 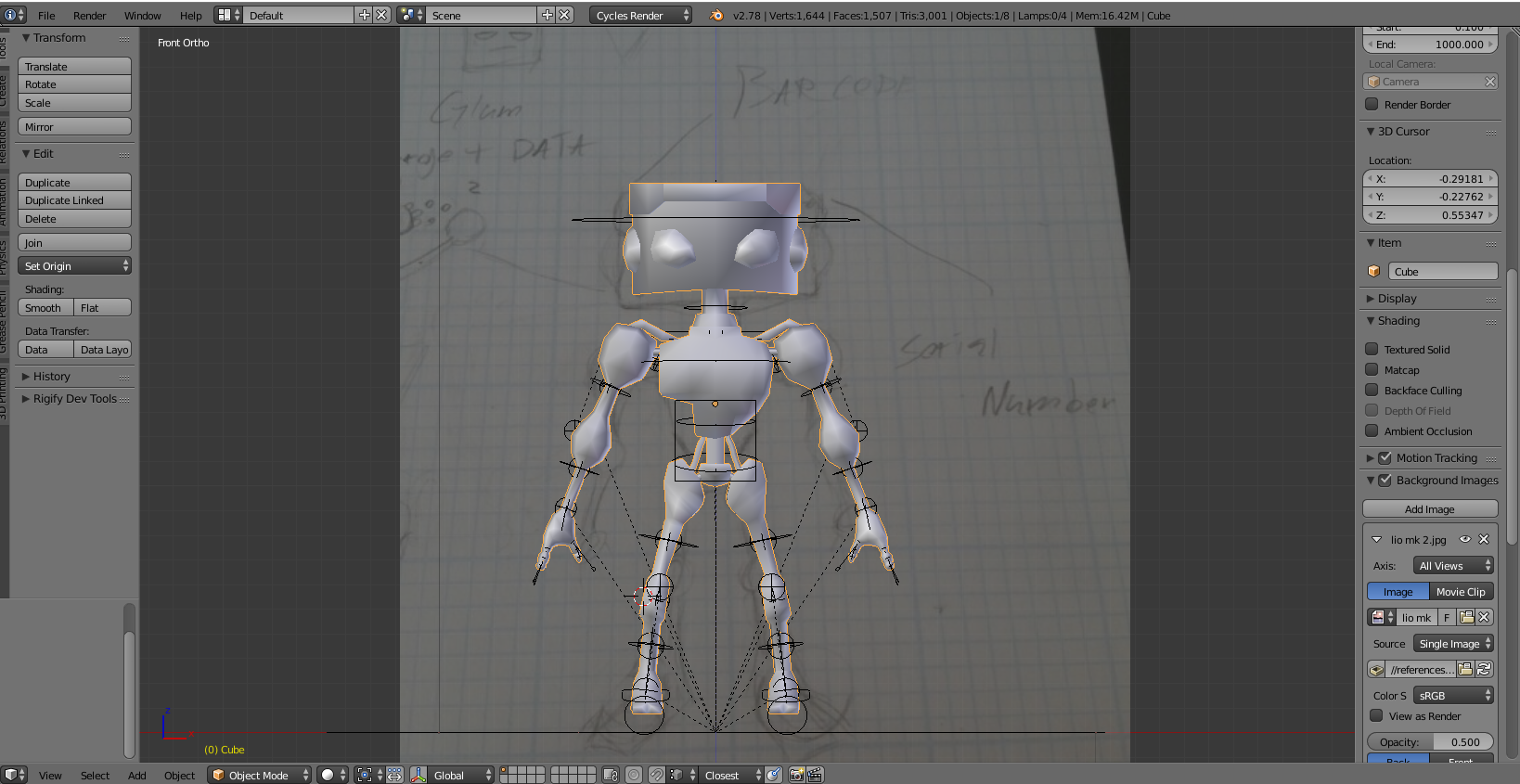 TIP: Anywhere your textures can convey details without using polygons, you should do it. Not just for mobile games but PC and Consoles too

All of the animating is also done in Blender. After rigging the model using Blenders “Rigify” add-on, we optimize it for the engine we’re using.

Now we import the animations, apply them to the model and make sure they behave as expected.

TIP: With looping animations, usually you define the beginning and end poses first

Next up is texturing the character. The challenges will be picking colors that match his personality and contrast with the environment (you need to SEE the character after all) as well as interesting to look at 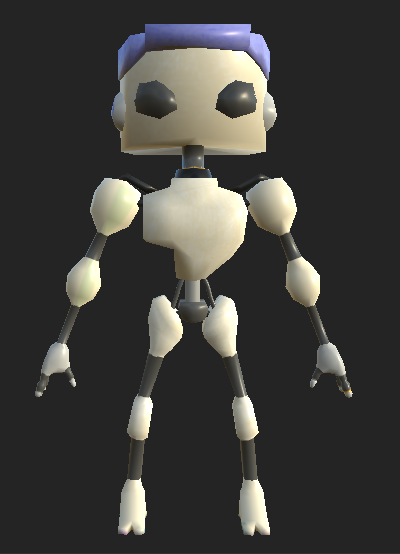 You can tell even in this early stage by the color scheme we’re going for a classic janitor/security look which helps reinforce his personality and also purpose in this world. Hopefully we’ll be able to share some more once he’s done!

Tip: Your characters coloring should always stand out from the background or environment they’re in, unless it’s part of the difficulty… then it might be fine

The most difficult part creatively, was actually naming him something we felt reflected the character. Eventually we settled on LIO. Aside from just sounding harmless, it also hints at his functions, one of them being a proverbial OIL can, running through to the end of a level and making it operate smoothly again.

That’s all for now, thank you for reading and i hope you found this interesting and also a little helpful!

6 Must Do Marketing Tips for Indie Game Developers