They say a tool is only as good as its wielder. This is mostly true regarding any art form or other creative profession in a sense, but I think it dismisses a key element: the tool itself.

A rich man once propositioned his local wrestling champion – “If you can push down the biggest tree in the forest you can have my beautiful wife and all my riches.” The wrestler, of course, agreed to the wager. Every morning he went out to the forest and tried to push down the tree. After a month of trying, he gave up and went back to the rich man simply saying “impossible.”

The next day the rich man took the wrestler out to the tree and, to his amazement, it was down. “But how?” The wrestler asked. The rich man replied with “I invented the axe!” and that’s how the axe was invented.

That’s not how the axe was invented. Don’t believe that. The point is you can’t always muscle your way through a difficult problem. Sometimes a tool is not only useful, but necessary.

When I was 15 I took an “advanced” computer class (this was in 2005 by the way). So, obviously, my friends and I installed gameboy emulators onto our 256mb flash drives and pretty much exclusively played pokemon during class. We were developing in an old Visual Basic IDE and I remember almost nothing about it. I somehow managed to make my very first game using exclusively if-then statements as my final project. I barely understood what I was doing, and it was the last game I would make for a very long time.

So why did I stop? The simple answer is I couldn’t find a proper tool – specifically a tool that worked for me. I stumbled through Visual Basic, never fully grasping anything meaningful about computer programming. Code was just a bunch of nonsense I was meant to string together and modify with a lot of trial and error. Every so often I opened Macromedia Flash (yeah. back then.) but it never clicked with me and I often gave up minutes into sessions. Every time I ended up in a program that prompted me with a text editor I froze up like I was being asked to diffuse a bomb. Public? Static? What? It all frightened me.

I decided that I could and would not ever be able to make games. Code, to me, was burdened with the “math stigma”: it was hard and sucked and was boring and just make art instead you already know how to do that.

Starting art school, I decided I wanted to be a concept artist, obviously, because that’s the coolest job. I figured I’d work at Bungie or Rockstar and somehow weasel my way into game design…somehow. I was beating around the bush, and I knew it, but I just thought I would never “get” game programming. It seemed like every road I found that might lead to me making games had a brick wall I could never scale. I was an artist and I just couldn’t be a programmer. It wasn’t natural.

i’m so unique and different

This idea of the artist and the programmer being to different beasts still lingers today. You’ve probably heard the term “programmer art”, but in reality, they’re both creative minds. Solving problems, finding work-arounds, watching tutorials, making mistakes – they apply in both fields. We’re all just creating. The difference is that if you don’t draw something correctly, you erase it and draw it again. When you make a programming mistake, your computer melts and the internet gets deleted and the satellites blow up and hurtle towards earth in a catastrophic meteor shower. At least that’s what I was led to believe.

Breaking: there is no correct way and we’re all making this up as we go. What’s going to work for you, will work for you. The truth is that if you can try, you should. Game developers, artists, designers, musicians – they don’t know what they’re doing. Games, among other forms of art, are about innovation, exploration, discovery – things that haven’t ever been done. If you’re taking steps into the unknown, you’re going the right way.

Easier said than done, though.

Opening new software rarely has that special unboxing moment you feel when you receive a shiny new toy to play with. It tends to just be overwhelming and confusing. There are 50 tiny icons that do a terrible job of communicating what they do, menus within menus with vaguely meaningful names, and hotkeys…sometimes necessary ones that require months of muscle memory to even start using the program at a decent pace. Hours and hours of watching boring people talk boringly on vague topics you might want to know about.

A learning curve is expected in any profession or hobby, but we seem to insist on throwing the bird out of the nest and expecting him to fly. -And yes, evolutionarily, some figured out how to, but what about all the ones that fell to their deaths? Or broke a bone and had to be taken to the bird hospital and then their dreams of becoming a professional basketball… someone usually stops me at this point into my metaphors.

The point is there are a huge amount of amazingly creative people out there that have been told they need to learn C# and download Unity in order to make a “real game”. It’s easy to give up with that advice. Even if they get a few steps into the process, tutorials tend to be riddled with just-type-this-and-it-will-work instructions. Game development learning software seems to mostly cater to children, with minimal features and an inability to actually create something you could call a fully functioning game. Worse, these programs are often referred to as “toy engines” with critics spouting nonsense like “that’s not real programming”, as if there is such a thing.

Thankfully software like Stencyl and Construct are starting to break ground, using event based “block-coding” that requires minimal typing – but they are still often greeted with sighs and “oh..”s when referenced as your tool of choice. Game Maker Studio 2 has introduced a modular coding feature that seems to begin to bridge the gap and Unreal has an interesting feature called Blueprints (that I myself could not use efficiently). However, I believe the basic problem lies with the design of these tools themselves. 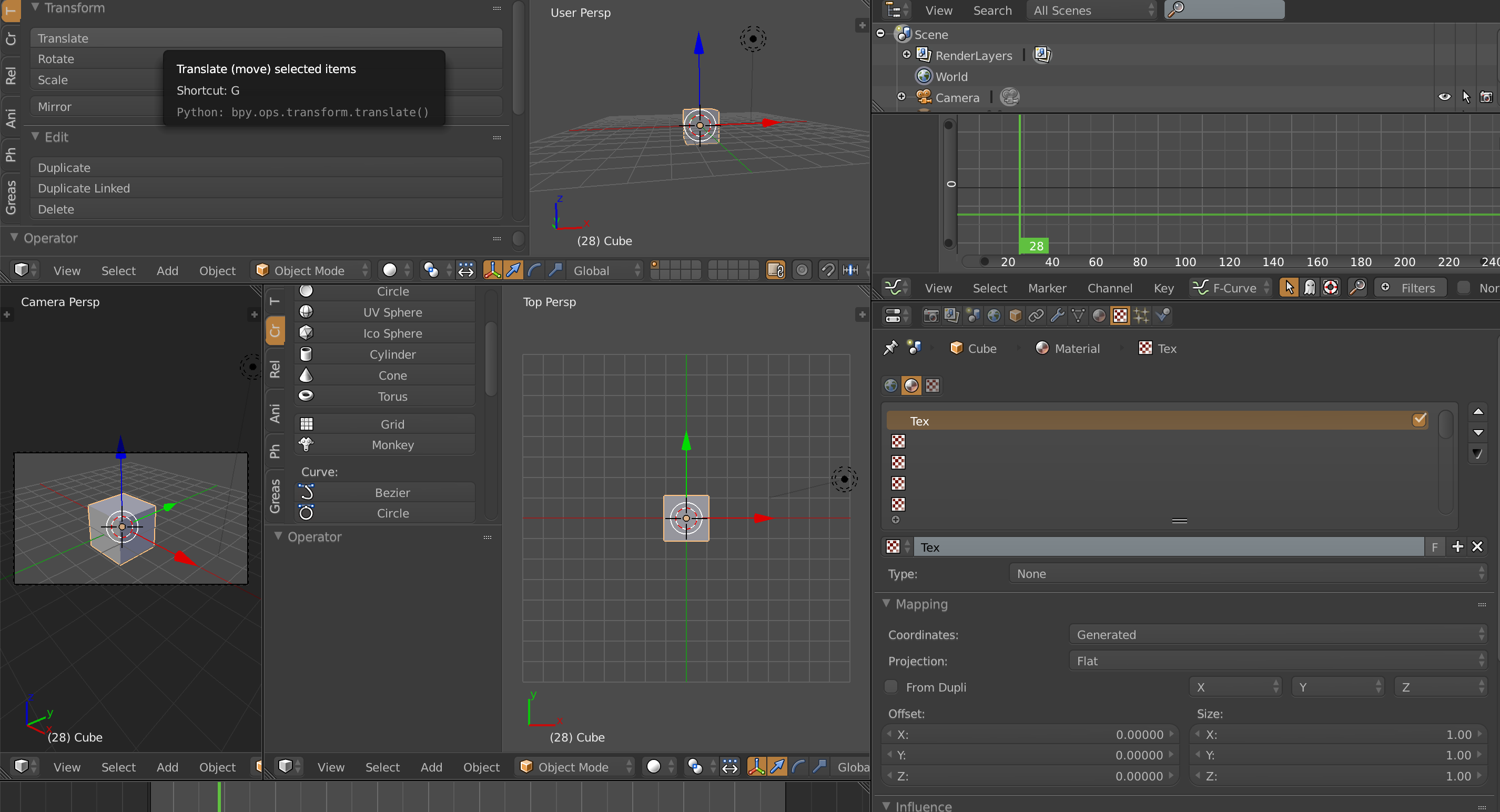 I want to make art not fly a plane

Opening any of the aforementioned applications (and I might as well throw in virtually every professional design application) is, admittedly, the worst. Nothing is intuitive. Everything must be learned the hard way, either through reading dense, rarely helpful manuals, or brute force trial and error. I still frequently come across new features in software i’ve been using for over a decade.

Contemplating why this is the case is not relevant. We should be looking forward and start contemplating what we can do in the future. There was once a time when you needed your game to run on a glorified calculator. Your algorithms had to be mathematically and computationally sound. Your images needed to be small and adaptive. Your music had to be bad. There are a hundred things I learned in 2005 that might as well have been instructions on how to chisel text into stone compared to today.

We’re finally in the age where none of that really matters anymore. Computers are getting faster and disk space is becoming less and less relevant. Limits are quickly disappearing. We now can focus on helping people tell gaming systems what they want them to do in a way that isn’t complicated, ultra specific, jargon. We need to create and encourage learning environments that feel fun and exciting – that actually transfer into a system that allows these expressive minds to get they’re idea into pixels, into worlds, into something they could actually do – and do well.

I met a talented comic book artist at a party a year or so ago. He had worked for Marvel and various other studios. He had a friend that worked as a programmer at a larger game studio and so he pitched an idea for a game that he wanted to do the art and design for. His friend said that it was too hard to make a game these days and wasn’t worth it.

That should never have to happen again.

10 simple steps for bringing your game idea to reality