Been more than a week so let’s get to business. The next 4 games that are being reviewed, judged on pros and cons and rated, have something similar to eachother and yet are nothing alike. Be ready for the next comming after this one review will star one game who will get a thourough review on all it’s aspects. What game that will be stays a question.

Now this review goes over the top time for the last 4 PC games, no MMO’s , but on request First Person Shooters. Time to get started then. Here they are.

The game has not been out as full version long and as it should be it delivers, quite the suprise the brutality slightly increased, many challenges to find. Old and new epic bosses take the stage, from the classic Cyberdemon and Spider Mastermind to the Doom 3 classic boss, the Guardian. From simple headless zombies to the original barons of hell. An wide array of weapons and glory kills make this the fast-paced game to be and play with. The game is more of a see than read. Pure bloody has anew meaning now since the game is perfectly in everyone’s existing factor of gaming. Play the marine that annihalated the demons in Doom 3 and show them who’s boss.

Cons: The concept is however not original. Still the challenges are facing waves of demons and the brutality of the game is simply copied from the cult hit modification of the Classic Doom of 1993/1994. The modification was named Brutal Doom, where glory kills were already executed on demons in the most gruesome ways, this was back in 2007 already, with a massive array of weapons aswell. Sadly the current Doom 4 uses the weapons system of Doom 3 and also has the similar layout, so even if you know how to glitch the game and skip through it easily, not even nightmare has enough brutality to be truly called a threat in the story mode. The story mode itself is the same as many games, madman hires you to kill scientist only for their own goal to power. The Hayden thing was new, but everything else reminds you of Betruger from Doom 3 who you had to kill as scientist that went insane. The monsters look good, but their patterns are to easy to reconize. Making the game in fighting scenes more of a joke than really serious stuff. I know many will disagree, but take this from an elite doom veteran. The game is nowhere doom-like yet. The SnapMap let’s you use art and files to create your maps incredibly easily. It is like a Starcraft Editor and will keep you sated, but not for long since the game is too limited for modifications, making fan made expansions to the game almost impossible. There will be DLC with modifications, but only for the creators own profit. This makes the game slow and too predictable, the music, glory kills and quick-paced multiplayer made the game get a 9/10. But looking closer also from players their gameplay, you can quickly see not much has changed since Doom 3.

The game of the year of 2000 is comming back with a vengeance. Pure and brutal PVP await those not scared enough for fallen limbs and overkilling gibs. The Tournament is comming, so get your flak cannon ready, load up the minigun, get ready to load some guts full of lead, grenades and clay. The best game is returning and this time your fight of your lives will have new meaning. Once you paved your enemies to the paydirt. And dominated the arena, then show your mettle towards other players to show  who is the boss, will you victor or will you fall. All is fair, but there can only be one Winner.

The game’s return announced at last years E3 really suprised everyone. No one expect the best First Person Shooter in the PVP franchise to return and when it did. It made people realize the war in massive PVP was still only beginning. Alot of weapons to use, a deadlock load of many maps to play, extensive customization of your character. Custonize your weapons with new skins and functions, lay out a barrage of hell with new epic weapons and items, improved CTF (Capture The Flag) and Bomb Run events, live online tournaments and play through an epic storyline of over 30 levels, each as big as Half Manhattan. The game will be available to PC/Mac, but also to the consoles, PS3/PS4/XBOX360 and XBOX One.

Cons: The game is still in testing and yet the videos of testing and screenshots show alot of promise. Sadly that is about it, nothing has been further announced. The game is taking it’s time and waiting for release, yet still some glitches and bugs are there. The game is expected to release in the last quarter this year (November-December). But could just as well launch in the 2nd month of next year, depending on what still needs finishing touches. The game has not multiplayer released yet, except for the E3, making the game strong and will get a high rating, yet it is not finished today. 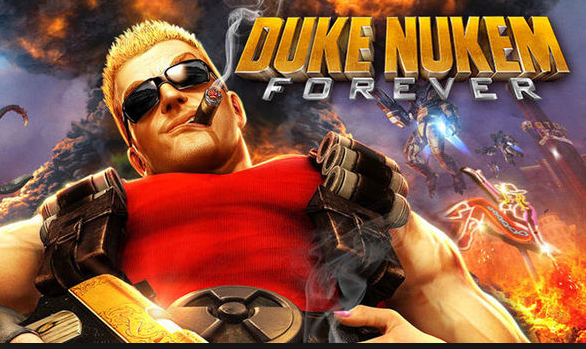 The game people waited for over 10 years was finally released 2013, the one and only Duke Nukem was back and he was all outta bubblegum. But a celebrity like him has everything even aliens who then again come to kill him, increase you ego muster your strength and save, yes, again the city from the alien invasion. With the one-liners, epic enemies and a very funny story, make your way through levels never before seen possible. Rip. Tear, Blow shit up and load up on steroids while sending your enemies to their doom. You are Duke and all will Hail To The King, BABY!

The game Duke Nukem forever has everything a little guy needs to face off numerous odds, including with the alien menace at their doorstep. Packing alot ammo, weapons along with iconic phrases, makes you wanna party like it is 1999. Blow up corpses, mow down pig cops, hijack a jetpack from a alien trooper and use it to propel yourself from one place to another and if out of ammo you can always roll up your fists to make it up-close and personal.

Cons: The game is too Half-Life related, with the story and maps, it also occassionally needs the map to laod for even the smallest of events. The bosses are not more than their bite and quite sad they are too easy to figure out to kill, the game has a co-op options, but barely needs it to the symplistic design of the levels. You get easily bored on the game pretty quickly, nothing is new and the mini Duke events are like watching the hobbit under a magnifying glass. Nothing new in the game, what other companies have already done. Originallity is a long shot in this game. The only thing fun is killing pig cops from a vantage point and racing in  a monster truck. But that is about it. I cannot give this one the credit is deserves. 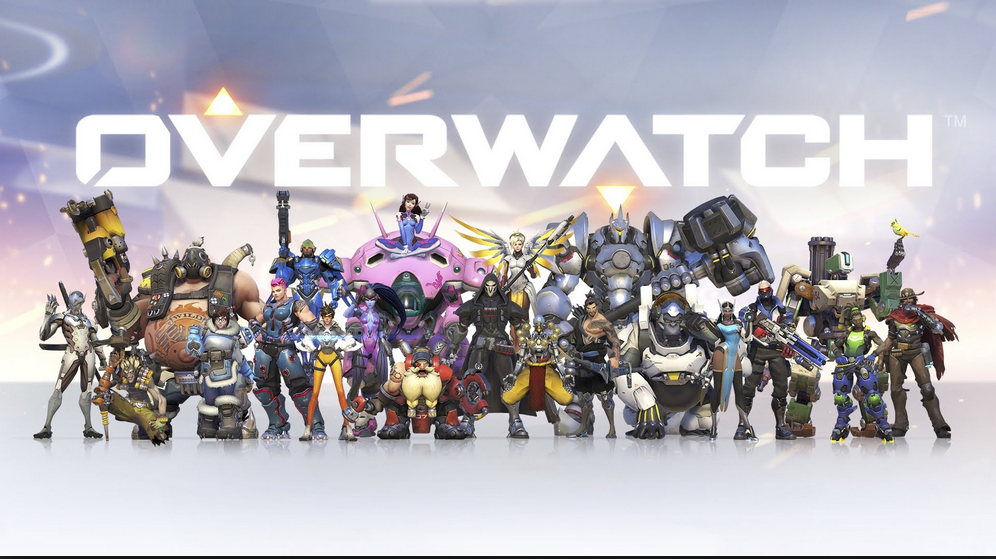 The first shooter from the creators of the Warcraft series, Blizzard Entertainment. Take your character into ta world of constant PVP action, traverse the ladder system and make yourself among those who become legends. Don the colours of your team, prepare for the fight and defeat the other team to win your matches. Many classes await you. For the online fun of playing with or against friends. Show your experience against other with new maps each with their own fuctions. New skills to increase your superiority of your character. So go into the world claim kills, explore and bring victory to your team.

The game has alot extras, good items, continuous insane online play in a PVP styled ranked maps, yet unranked will be added soon too. The game is all about the basics of every PVP Deathmatch, kill as many enemy players till you reach the maximum kill score to win the round for your team. The game is really brand new and innovative and gives players the opportunity to experience high paced PVP action without having to worry about lag in since the game is in 3D with 2D aspects making the game what it is and should be, then next generation of online playing.

Cons: The game has quite alot of them, it has never gone through testing and was released full of bugs and glitches for players to find out. Only 3 characters are available, the rest is unlockable through money transactions. the game has lured half of the insane players to the game making you deaf from the mics used in the game. there is no filter for the chat. Players are not that friendly online, the graphics sometimes require alot of stress during cutscenes and the game is not always stabile due to the extra stress of overpopulated servers.

Those were the reviews of this week, later this month a special review comes in Review V. What that will be is a suprise and what game will be included, that is a suprise. Until then see you later.

Expert in gaming. A Wordpress blogger and an advisor on daily problems.