What was your first outing with the hero Link? Was it a top down adventure, perhaps it was in a 3D world, or maybe even a side scrolling walk through Hyrule? Well whatever your experience was be prepared to take on a whole new adventure in Links most ambitious adventure to date, “Breath of the Wild.”

At E3 my most anticipated game that I wanted to experience was Nintendo’s latest take on the world of Zelda. Day 1 of E3 I didn’t end up going to the Nintendo’s booth until later in the afternoon. When I finally did go the wait was fairly long and the line was closed, I was disappointed and ended up just taking a rest at the tables nearby. Within a few minutes the lady holding the line closed sign flipped it. Like a spry ninja I was up and in the line, and I’m pretty sure I was giggling like a grown adult at a video game conference, oh wait I am a grown adult at video game conference! Clearly I was ecstatic and acting weird like any nerd should and with good reason. I was to try a new experience with my favorite series and I knew it would be special.

The lady handed me a ticket and after waiting in line for 45 minutes or so we came upon an entrance to a cave where the eye of the sheikah glowed in a blue hue, greeting us as we funneled inside. We were met with symbols glowing throughout the cave as we were seated in front of a screen. The trailer began and as Link appeared we got an amazing sight of what Hyrule would look like. During the trailer Link ran through a field and the room filled with smells of grass and wildflowers, which made it a grand experience. As the trailer commenced the wall in front of us slowly opened revealing a huge room, fill with huge replicas of in game characters, enemies, and items, leaving me in awe.

With the guidance of the Nintendo representatives we were brought to a screen and given directions as well as a headset and game pad. The first demo was a 15 minutes free roam of the Great Plateau which blew my mind. The fact that you could jump was surprise enough but going in any direction was an amazing feeling. The first thing I did was run down a hill and head up an overhang with water below. There was a circle of lilly pads below so I jumped in and out popped a Korok. So I wonder how prevalent they are in the game and what they add to the overall story? After this encounter I scaled a cliff and headed towards a forest with a moraine in the middle and as I walked through the middle the rocks began to shake and a creature made of those rocks attacked. I tried my best to slay the monstrosity but with only a few arrows and even less hearts I died. I continued the journey moments later and I headed towards the same area. This time while trying to be sneaky I woke the rock giant and ran towards the woods and in doing so I ran into a tree with bees which started to attack me. As I tried to stave off the bees the rock creature flung massive boulders at me and I became another statistic of video game deaths. The third life granted to me was learning how to use a sword and bow and Arrow on a camp of bobolikins. I snuck in and took out the two in the towers then laid waste to the remaining ones. This allowed me to open a chest containing an axe of some sort. Shortly after this my demo ended. 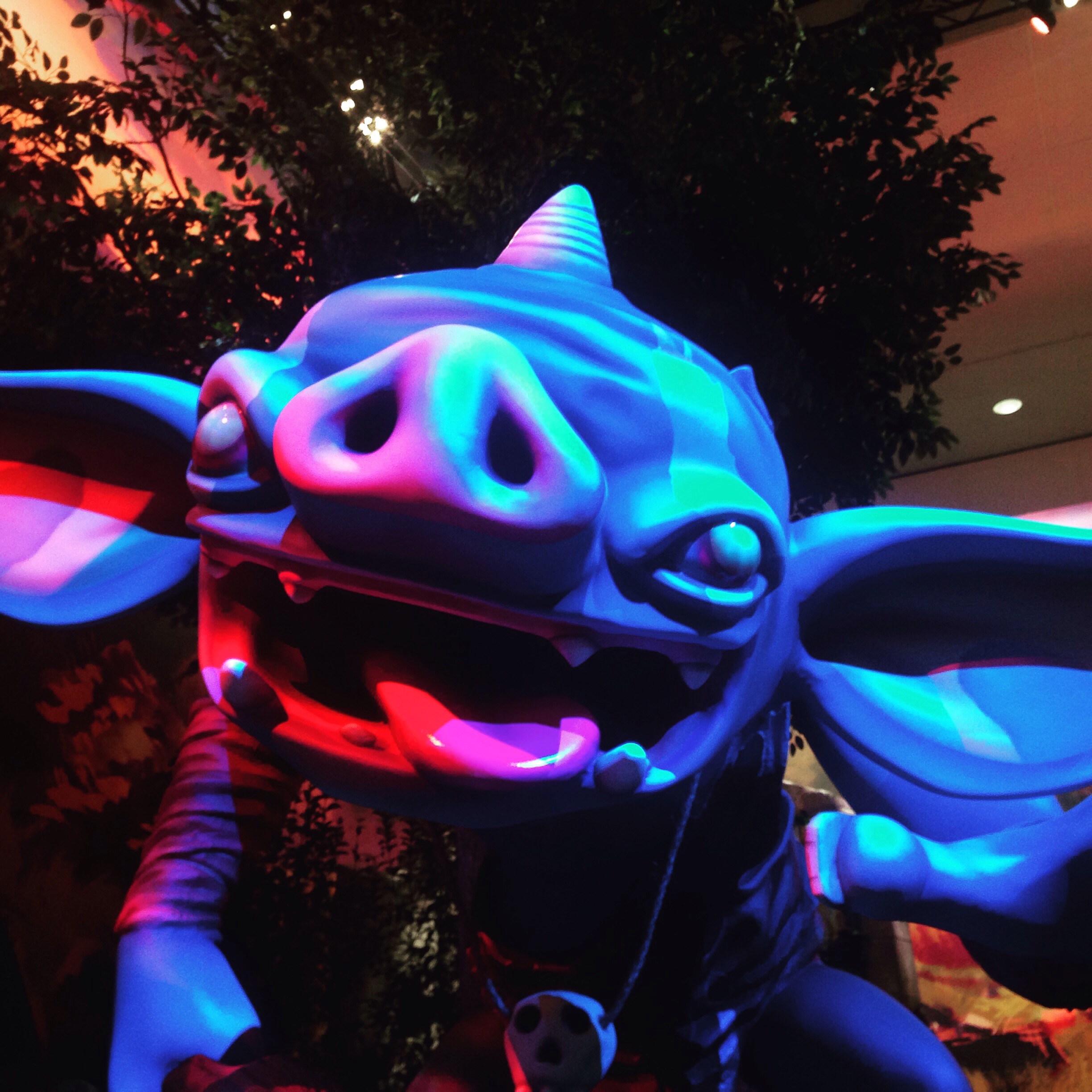 The second demo was based on the story and 20 minutes was given to us to explore it. The demo starts with link floating in water when a women’s voice urges him to rise from his slumber. Link arises and receives a tablet with the sheikah symbol on it and you use it in a pedistal to open the door and leave. You find two chests containing some clothes and head out of the cave. When you come out you are on a grassy cliff that overlooks a huge area which looks spectacular. You follow a trail down to an area where there is a cloaked old man by a fire. He fills you in on what has happened in the past 100 years and directs you towards a location. The journey to the location was interesting because there is a river you must swim across and I used my boost a few times and this depletes your stamina more quickly and before I could reach the other side, I drowned. So the second attempt I was more successful and I was suprised by the lack of depth perception I had when gauging the distance across this river. It just shows how massive this game is. After a few minutes I reached the location. I placed the tablet in the pedistal and the ground shook and I was lifted high in the air. A massive tower was revealed which also reveals the map for the area. Off in the distance you can see a massive black and red swirling cloud and after desending the tower the cloaked man tells you that the entity is known as Calamity Ganon. He tells you a bit of the history and urges you to a shrine where you can obtain powers for your sheikah tablet. After a few minutes of walking I came upon the shrine and entered it. Within the shrine I received powers that let me control metal objects allowing me to solve puzzles. After mastering this technique my demo came to an end. I could not believe what I had just played, pure joy of a long awaited title.

After this piece of art I had just scratched the surface of, our guide stamped the ticket and in return we got a Zelda commemorative coin as well as a “Breath of the Wild,” t-shirt. Then we could explore the area and take as many crazy pictures as we wanted. 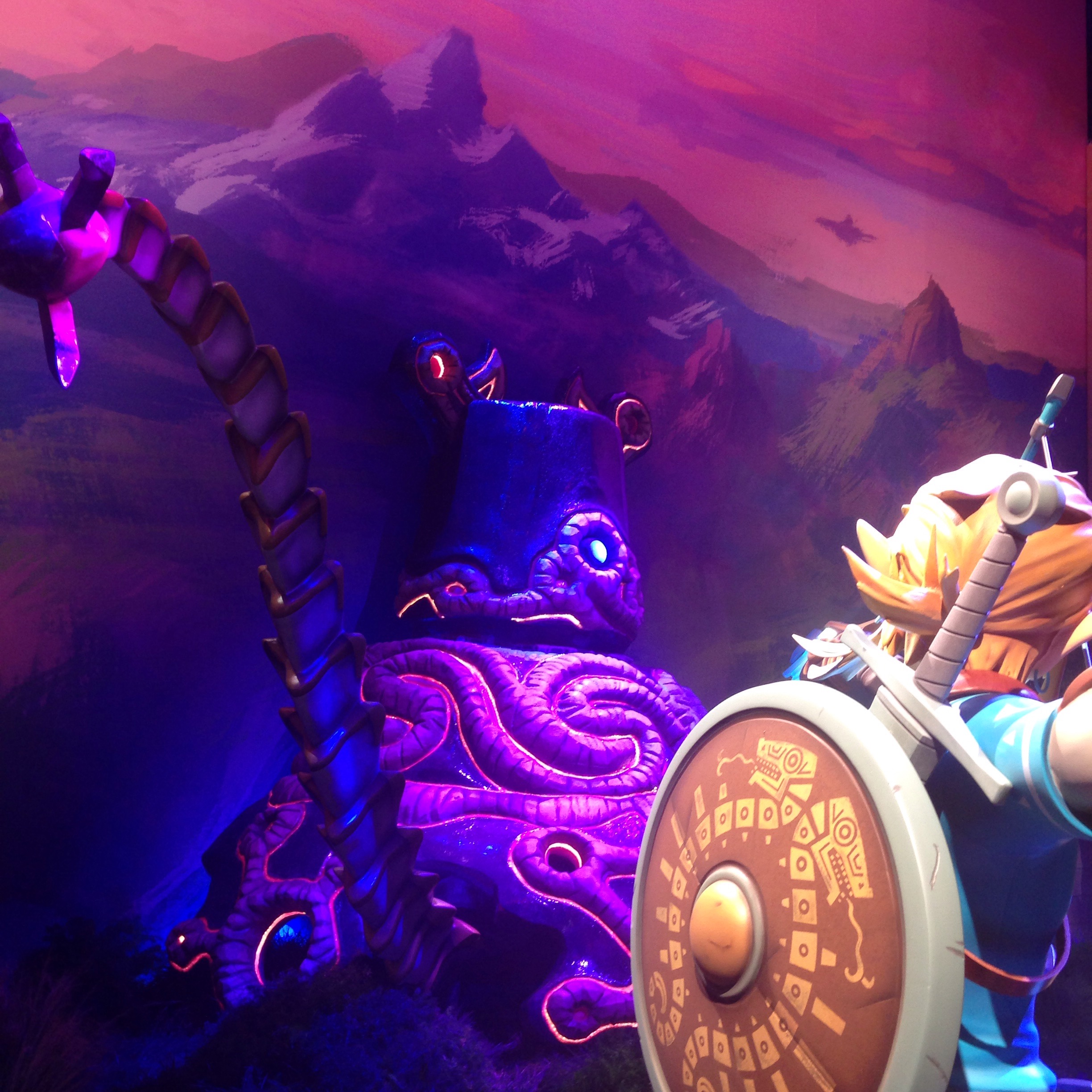 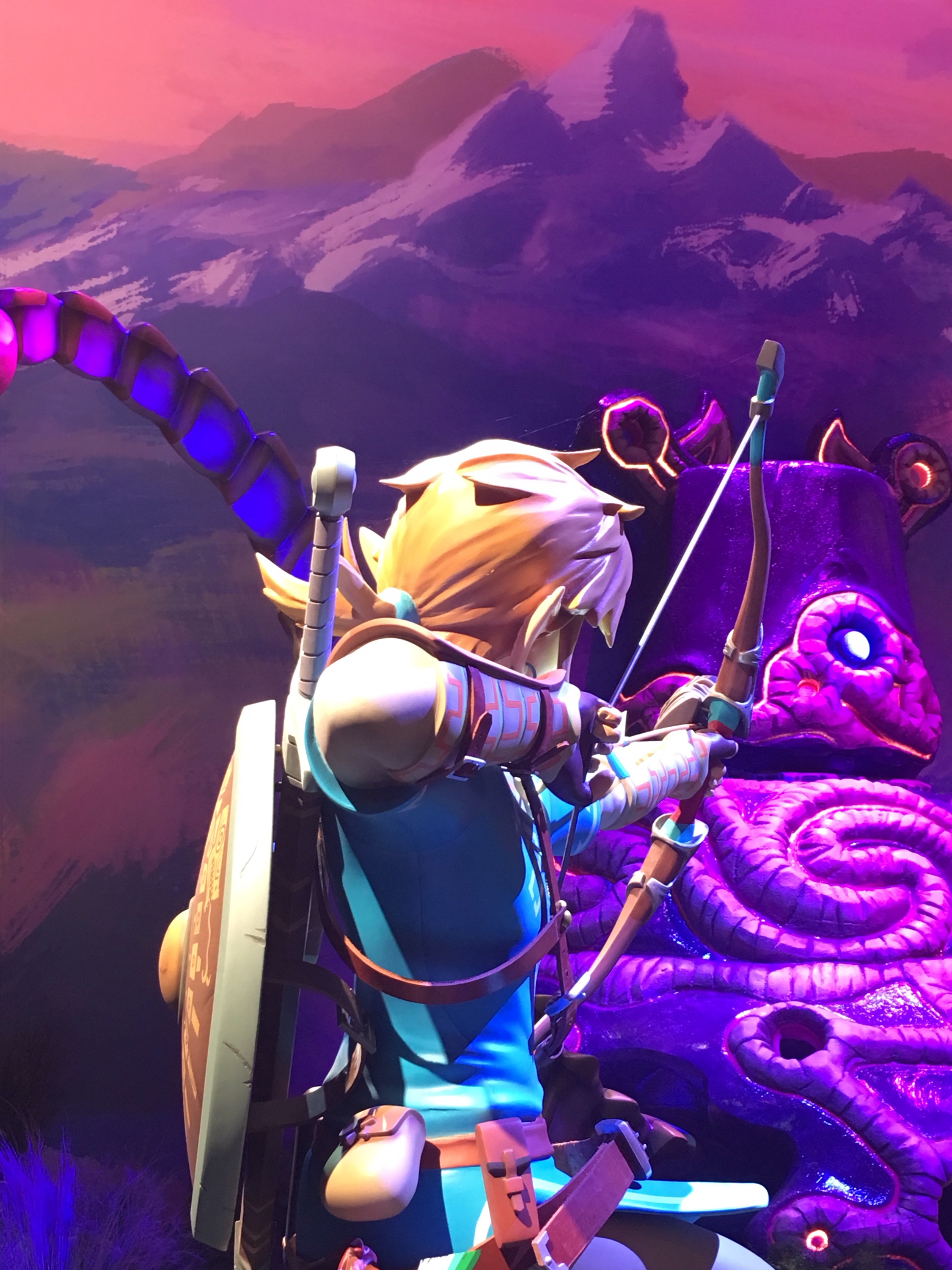 My experience with this game was one of which i have not experienced before. Though the game was open world it did not feel like any other open world game I have played. It felt like a new experience almost like the first time you played “Ocarina of Time.” The sense of wow when you explore indicates to me that this is something special. This is in my opinion, a link to the future of the Zelda series and I’m excited to see what will be next and to experience “Breath of the Wild,” to its fullest potential!

Are you using these 3 simple social media strategies?