Innovative indie games are already everywhere. We picked the most exciting ones found for a list where we discuss whey they’re so cool.

Independent game development is growing at an inspiring rate. Much of this can be attributed to superior development tools and improved ease of publishing – but it’s also about the unexpected innovations many indie developers are bringing to their games. Smaller teams of dedicated developers are generally more willing and able to take risks on experimental ideas to create truly innovative games from the ground up. Add in a compelling storyline and plenty of action, and you’ve got a recipe for an incredible gameplay experience. Here are three of my personal favorites.

1. Gods Will be Watching 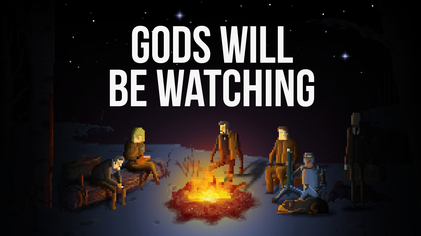 Gods Will be Watching was a surprise hit for me. I bought it off of Steam on a  whim one night. It sounded interesting and was cheap enough that it wouldn’t burn through my taco fund, so I went ahead and downloaded the game. Since then I’ve gifted it to no fewer than six people, only one of whom has managed to best the game’s first challenge. To say this game is difficult is an understatement of the greatest magnitude. People say that Dark Souls is a hard game, but let’s be honest – it’s mostly a game where you die a lot. With a little patience, it’s easy to make steady, incremental progress through the game.

Gods Will be Watching is really, really hard, and patience alone won’t get you through it. It’s a turn-based, point-and-click, decision-making game that puts its characters in constant mortal peril and tasks you with making the (unbearably difficult) decisions to get them through their horrible situations. These scenarios are presented as dire social puzzles between the game’s characters, complete with (sometimes random) variables, bits of character development and mounting situational pressures all tied together by a straightforward yet compelling narrative.

For instance, the first scenario of the game has you negotiating a hostage situation … as the people who took the hostages prisoner in the first place. You have four hostages with unique personalities, two rooms to work in, a gun, a few spare med kits and police encroaching on your position. You can choose to have the hostages sent to another room, released, kicked or shot, among other options, and each choice carries ever increasing weight on the entire situation. Balancing these delicate decisions is not easy, and it’s unlikely you’ll make it out without losing some hostages (one way or another).

I won’t go into any other scenarios as that would spoil the game, but each one is very unique and presents its own desperate social puzzle challenge.

I’ve heard  it’s possible to do everything right in this game and still fail, which does not surprise me. It is brutal.  However, the writing  is sublime. The tumultuous relationships between characters are developed organically through gameplay-related dialogue and through the few interludes that offer a humorous respite from the tragic scenarios.

That said, one gripe I do have with this game is its seemingly inverse difficulty curve. The first scenario is almost certainly the most difficult, and each of the following situations appears to become easier as the game goes on and your options expand. The game does feature several difficulty-related settings, such as turning randomness off, but I highly recommend getting through it on the intended original difficulty level.

Long story short – if you enjoy damage control, decision making, a challenge and a solid narrative, I highly recommend taking a turn at Gods Will be Watching.

My first experience with Pixel Galaxy was at GDC in 2015. I tried it out on the expo floor and was absolutely enamored with the core concept. At first glance Pixel Galaxy is just another shmup/bullet hell game, but there is one key innovation here that completely separates it from the rest – you never shoot.

Instead, Pixel Galaxy starts you off as a vulnerable single pixel amidst a barrage of incoming pixels hellbent on destroying you. The twist is that when you come in contact with another lone pixel, it becomes a part of your ship instead of killing you like similar games would. The end result is a fast-paced, ship construction shoot-em-up that visually conjures memories of Tetris. Some enemies function as shields for your ship as they absorb incoming bullets, while others fire off bullets of their own in a number of varying speeds and patterns. Building the ideal ship while surviving for 100 seconds is the name of the game here.

Once you do reach that 100 second mark in this frantic  grab-and-dodge fest, you’ll be faced with one of the game’s dozens of epic bosses. This is where your ship construction abilities will really be put to the test.

Fans of this genre looking for a fresh take on 2D shooters are sure to enjoy Pixel Galaxy. With unlockable, escalating difficulties, it’s accessible to players of all skill levels without boring any truly fanatical bullet hell players. I probably only play this game for minutes at a time, but I keep coming back to it for the unique challenge and gameplay. 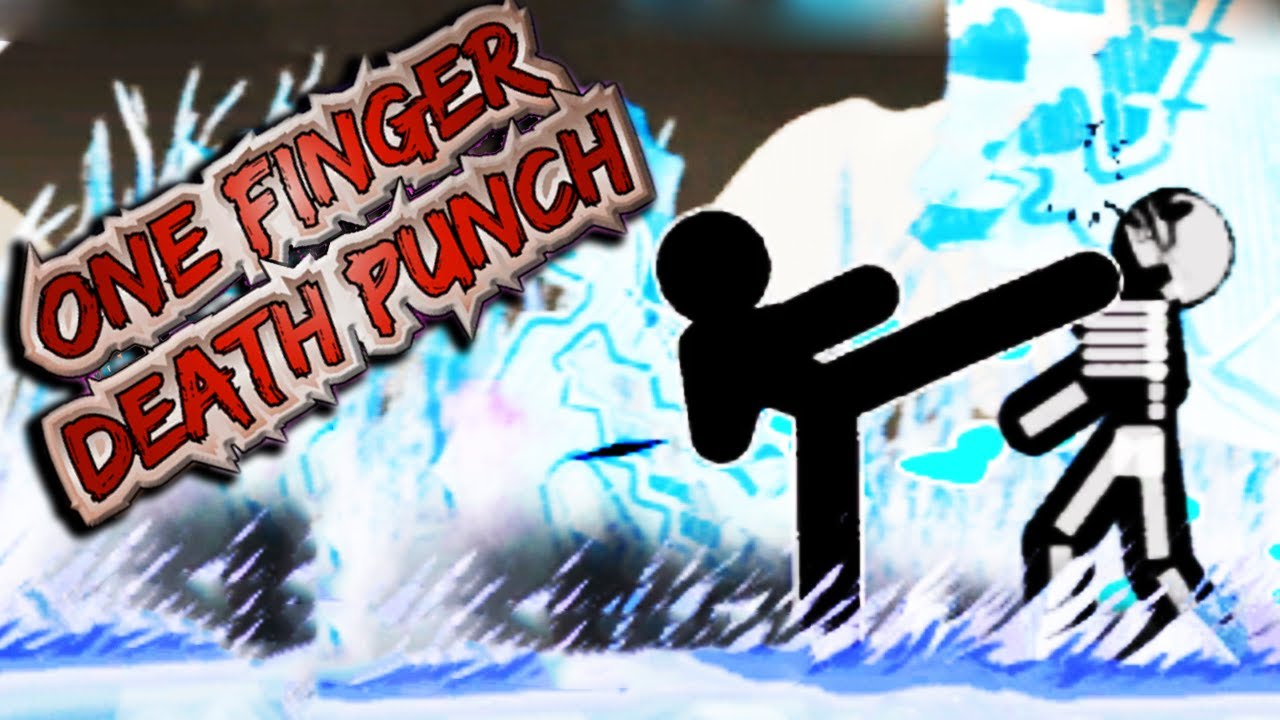 If your early century internet habits were anything like mine, you probably spent a good portion of your time on newgrounds.com watching videos and playing games long before YouTube and Twitter existed. And if that rings a bell, you likely remember a popular animation series called Xiao Xiao, where a gang of stick figures would attack a lone stick figure with vicious Kung Fu, only to be utterly destroyed by the protagonist’s vastly superior martial arts skills.

Here’s the one most people will recognize: XiaoXiao3.

My thought when confronting such an impressive display of combat animation was, “This needs to be a video game!” So you can imagine my excitement when I saw this flurry of gameplay briefly featured on Super Bunnyhop’s “2014: The Year Video Games Got Stupid” video.

The game is called One Finger Death Punch because, by default, you play it with your mouse and use your fingers to either attack left or attack right, depending on which mouse button you click. If that sounds frustratingly limited, I was right there with you, until I actually started playing it. The simplicity of having only two inputs actually works really well for this game because it allows the action to be ramped up to a ridiculous degree. The game will punish you for any errant motions you make, so every action has to be precise – a fact that sinks in while you’re still wondering if you really just punched that dude’s still-beating heart directly out of his chest. What this game lacks in control input, it more than makes up for in speed, Kung Fu moves, weapons and bone-crunching action.

The sound effects are crisp, brutal and exactly what you would expect to hear in a game like this. Every punch, kick and sword slice sounds hard-hitting and intentional. I never actually used a mouse for this game, but the beauty of having such a simple control scheme is that it can theoretically be played by any number of inventive inputs (as long as you can bind them to the left and right keys of your keyboard). You can use a mouse, controller, keyboard, joystick, various motion controls (using two fists would probably be fun) or even telepathy.

Out of the three games featured here, I think One Finger Death Punch offers the biggest bang for your buck. I keep coming back to it – and playing for longer than I should. The game features several modes, increasing difficulty levels and a huge map of challenges in the main adventure. There are three slots to equip specials and plenty of them to unlock, giving you ample opportunities to try out varying combinations. I honestly cannot recommend this game enough. It’s affordable. It’s fast. It’s violent. It’s challenging. It’s hilarious and incredibly fun. Go play it!

The innovative elements in each of these games may be vastly different, but it’s clear that they all started with a fresh idea or a new take on an existing genre. It’s incredible to pick up a game and not have it feel like the same thing you’ve been playing for the last decade. If you’re just getting into game development, don’t be afraid to take big risks with your ideas like these devs did.  I’m very much looking forward to more amazing new concepts and ideas from these incredibly talented dev studios.

Are there some innovative games you were hoping to see on this list but didn’t? Are there games with really cool approaches to existing ideas you know about? Let us know in the comments below! Do you have a crazy innovative approach for a game concept? Post about that too, I love reading about interesting new gamedev ideas, even if they’re just in the concept phase.