Do any of you remember this classic? When I was like 10, I had a dream. I was going to be the fastest FZERO driver on the planet. Surely, hovercraft death racing would take off by the time I grew up. I had the entire backstory memorized to. (Back in the SNES days, little booklets would tell you some history and give an overview of the controls ... unlike today where games give you a damn 30 minute tutorial to learn the controls)

So like any young kid with dreams, I logged hours and hours making sure I could handle all my crafts. I would run down stairs and grab dinner and bring it back to my room because "I was in the middle of competition, Mom." 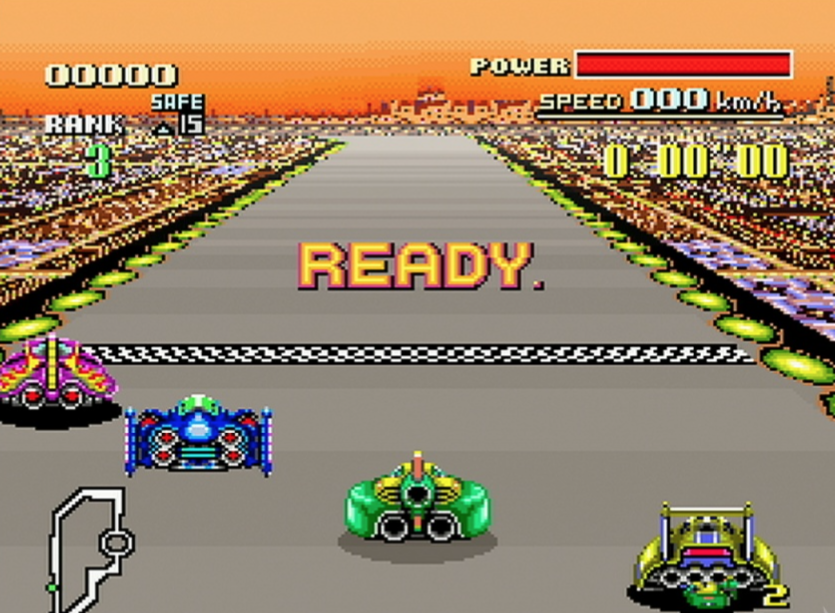 There was the Blue craft. Boy, did it steer like a can of death. It was almost like the ailerons were still in prototype mode. Whenever you skidded a turn, you kind of skidded. It was the "all around" car.

There was the Green craft. This thing is like a tank. It had the most horse power and could take lots of hits. It handled turns ok and but wasn't exactly the fastest.

There was the Yellow craft. There wasn't a kid on the block I knew who used this dainty piece of crap. It had the worst power and would blow up so damn fast if you wanted to "bump the person a little bit to let them know you're there." It handled turns the best and accelerated pretty good, but who gives a crap when yo are 10 when you want to ram some shit.

Then there was the craft I used the most. The Red craft aka the "flaming" craft was packed with the best engines the future could buy. It had the best top speed but the acceleration was total shit. Undaunted, I set many track records with the red car after learning the secrets to each track (hug the corners and tap the acceleration on the turns). I wonder if Twin Galaxies will honor FZERO records? I think after dedicated training, I could amaze the FZERO talent scouts of today. Maybe there is some parallel universe I can walk into and battle it out like THE LAST STARFIGHTER.

If any of you tout yourselves to be an FZERO champion, speak up, and we will compare times on "THE TRACK."

You know which one I'm talking about. The one built for one purpose only ... FZERO top speed.

If you like this and are interested another game reviews, check out my gaming blog. I also do movie reviews, and crowd sourcing projects.

First Look: The Eyes of Ara